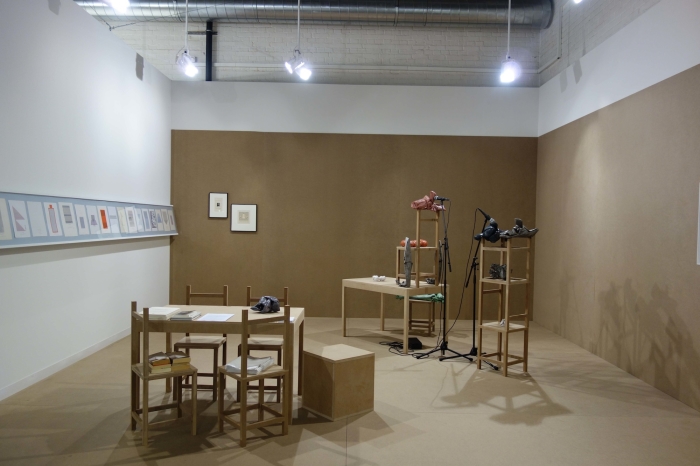 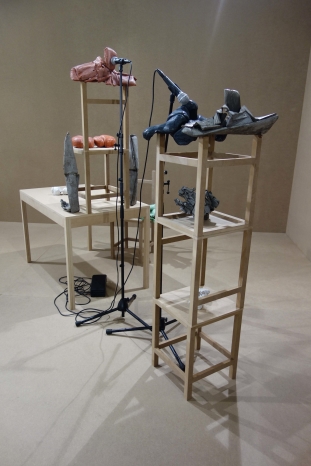 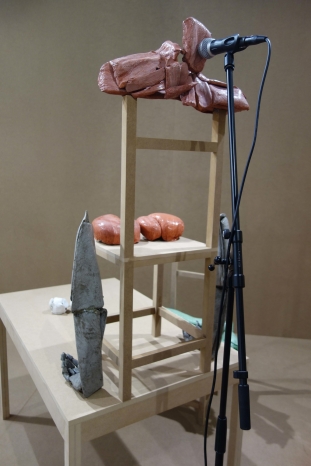 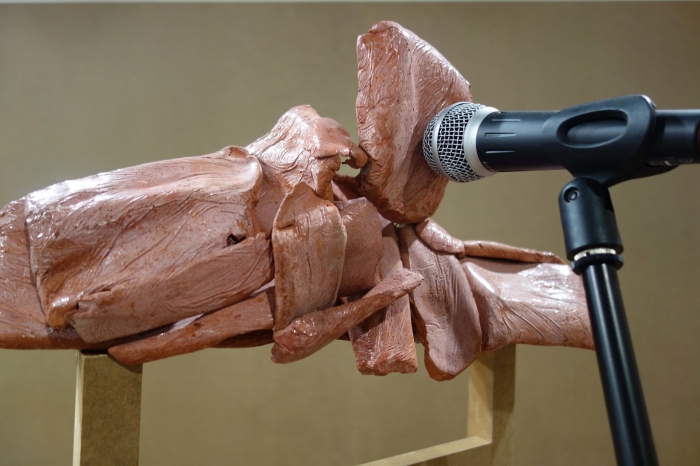 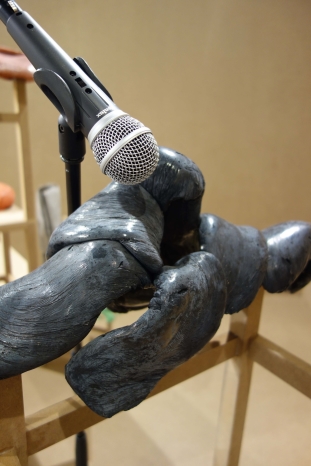 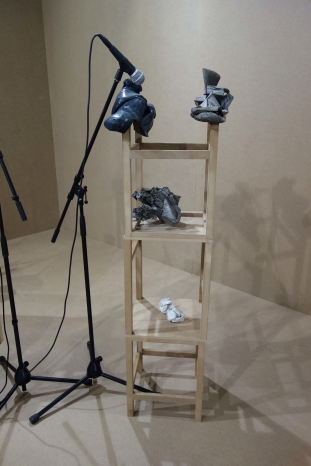 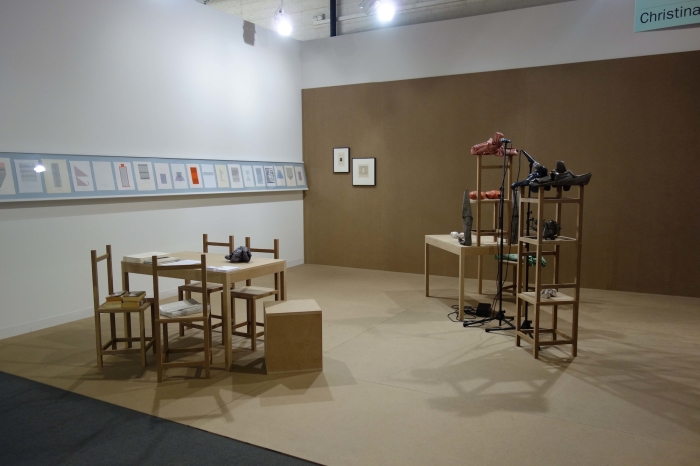 This curated project carries the essential title ‘UO’ involving and revolving around two artists represented through our Berlin gallery program: Henri Chopin (Born 1922 in Paris – Died 2008 in Norfolk) and Michael Dean (Born 1977 in Newcastle).
What both artists share in common is a deep involvement with the practice of language. While Henri Chopin’s work explores the various forms and sounds of language through the voice itself, Michael Dean’s work focuses on the typographical implementation of language.

Chopin’s pursuit in reaching the primordial echoes of poetry led as far as to swallow a microphone to contain the innocence of language. Through the French artist’s post-war lens, the word, once uttered out loud, was corrupted and incapable to function as a medium for poetry. Thus, Chopin’s work is a process of deconstructing words. His typewriter process breaks up the word to then reveal their essence letter by letter. This allows the viewer to gain a visual experience of language. The result is a typographical form that shapes and constructs a piece of concrete poetry. Michael Dean’s approach to language, on the other hand, is rooted in an exploration of physical representation of coded communication. His concrete sculptures initiate all the potential for a primordial system of language. A precise process of typographical abstraction casts the written word into a solid illegible object to retain the inanimate innocence of language where rather than the authorial posture of the artist the presence of the body of the viewer is essential to the dialogue that works the work.

The work of Henri Chopin and Michael Dean operate in a close proximity that we believe could be seen as symmetry. Close, incredibly close – but never visibly touching.

The context of Feature is the perfect stage to present a project where both artists’ works correspond in a symmetrical gesture demonstrating being, language and intimacy. The communication not of conceptual advertising and vainglorious words tantamount to cultural abuse and confused misuse but the freedom of being sovereign in a world or to put it more specifically a language of solid objects and solid sounds.

Placed upon and against a becoming invisible environment of cheap and immediate material for the archetypal recognizable scaffold of any two walls and a floor, table and chairs, positioned to

pragmatically achieve the human scale of two figures standing in cooperative or reciprocal proximity to one another, the concrete physical instances are sculptural renditions of what we reveal of our actual body in everyday interaction. The skin of our face, throat and shoulders, arms and hands. Each gesticulating device lends its dimensions to the typographical manifestation of writing physically rendered out of concrete in diagrammatic space.

A private duet, two microphones stand relative to each figure. Each figure performs for the other. Each of these microphones have been converted into a miniature speaker and rather than receiving sounds actually emit two auscultation based sonic works by Henri Chopin. One plays to the others silence and then becomes silent on being played to. The physical availability of the inanimate concrete bodies of text is animated by the sounds of Chopin’s works, Chopin’s bodies of text. This intimacy, of which this element in the installation is the diagram, reaches its physical crescendo only invisibly, acoustically. The works never touch.