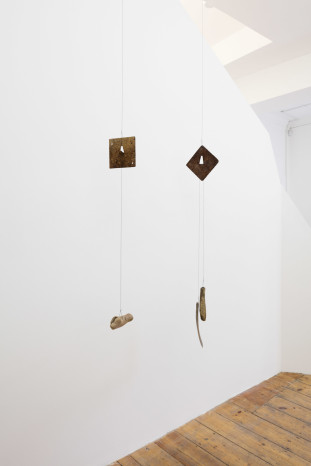 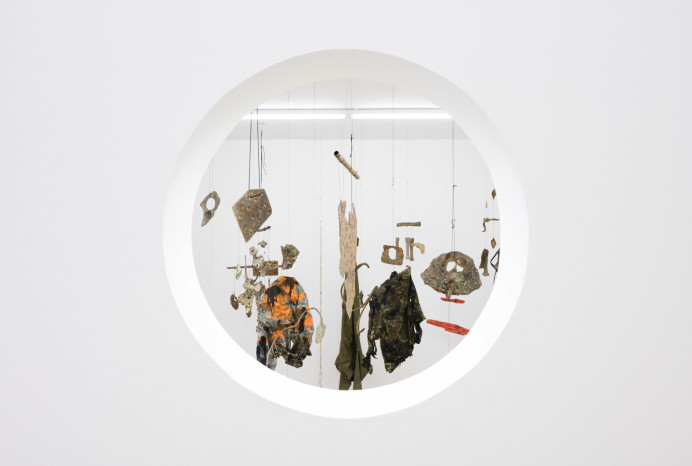 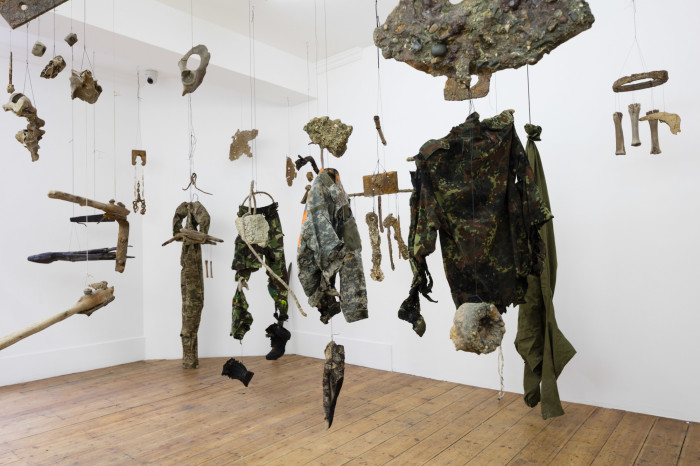 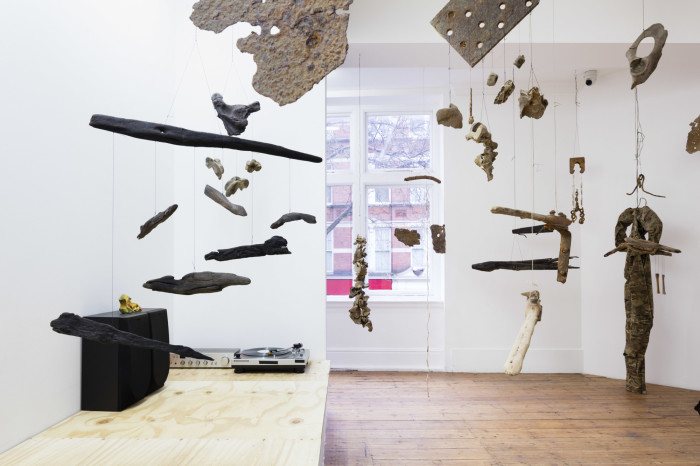 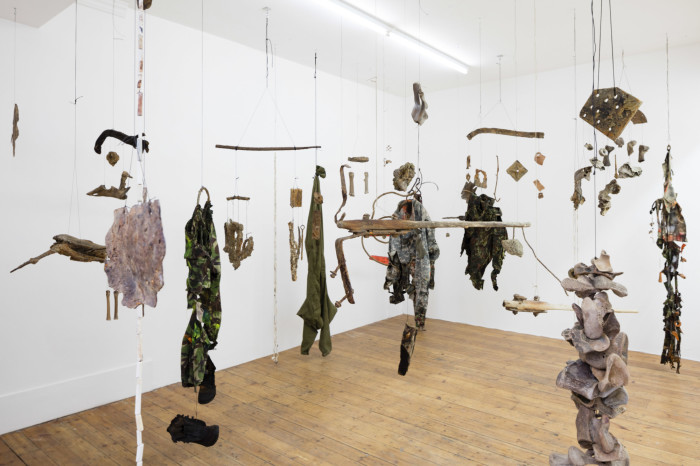 In her exhibition, expanding arid zones, Lantz will present a new body of work consisting of matter largely retrieved from the banks of the river Thames.

The low tide exposes conglomerations of junk, waste and a great deal of history, discarded and left to rot in the Thames waterways over years, decades and centuries. The river side is crowded with memories, Lantz is mingling with the spirits of the past as she resorts to this generous landscape to harvest raw materials for her work such as pieces of wood, metal, animal bones, clay pipes, rocks and the like.

The contemplative activity of finding and collecting, washing and preparing these river-beaten pieces is a fundamental part of the work. Lantz is inquisitive about the inherent power and energy of an object, meaningful moments in the face of trash. In poetical interactions, guided by intuitional laws she is arranging the found specimen into new formations and compositions, bringing back to life these old, forgotten objects and remains, as reminders of the past, waste, life and death.

In expanding arid zones, these emerging characters risen from the river, like secret messengers, or carriers of long forgotten mysteries are sharing a dense space with camouflaged creatures, soldiers, dead or alive, beaten, fucked up and left to dangle in the wind in an intense scenario reminding of post apocalyptic wastelands.

The show is reinforced by a soundtrack, the artists same titled forthcoming album expanding arid zones, released on Global Warming Records in february 2017, will be available to play in the space. It is a record of dirty, filthy drumbeats, experimental techno, music to dance, relentless harsh rhythms, distorted beats like grinding bones, a march through the desert..