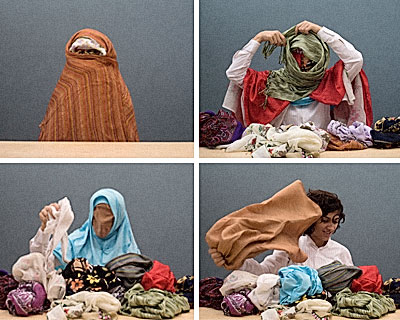 Correct me if i’m critical is an exhibition program that aims to question how critical knowledge is approached, produced, and positioned by artistic practices today. Referring to the Scandinavian and German traditions of political correctness, correct me if i’m critical  takes its institutional framework and support structures (Swedish Embassy, Berlin and other venues included into the program) as a contextual base, and investigates the possibilities of contemporarizing Hannah Arendth’s terms “agent” and “action”.

By distinguishing action (praxis) from fabrication (poiesis), linkinking it to freedom and plurality, and showing its connection to speech and remembrance, correct me if i’m critical takes a critical position, and proposes to experience being an agent of her/his/your existence, as one who simultaneously has the ability to make choices and impose those choices onto the world. It develops an eclectic approach by experimenting at the different levels of interaction between blogging and curating, media and content as well as personal and public. As an alternative form of exhibition, it is composed of an ‘exhibition ground’ at the Felleshuset / Nordische Botschaften in Tiergarten, and the gallery of Nest at the Görlitzerstr.; solo presentations (as attachments to the exhibition statement) at the Supportico Lopez, Galerie Opdahl Berlin, and Program Gallery; event based discussions, performances, screenings at different platforms like Basso, Ballhaus Nauynmanstr., Motto; plus Summer Studio, a discussion and production unit at the Skulpturenpark Berlin_Zentrum…

Nilbar Güreş (born 1977 in Istanbul, Turkey) is a Turkish artist who lives and works in Vienna. In her works, Güreş explores the female identity, the role of women, the relations between women and their homes -and public spaces as well as the relation between women amongst each other. She also focuses on the image of Muslim women in Europe. Her works include collages, videos, performances, photographs and objects. Recently, Güreş participated in the Istanbul Biennial 2009, and the Berlin Biennial 2010.

Nathalie Djurberg was born in 1978 in Lysekil, Sweden, and received a master’s degree from Malmö Art Academy. In her animated films, Djurberg tells stories that seek out and find the beauty of life particularly in dark fantasies, lewd depictions, and in the breaking of social taboos. Djurberg herself acts as director, handles the technical creation of the animated films, the Plasticine figures that act in them, as well as the costumes and venues. Djurberg exhibited, among others, at Moderna Museet, Stockholm, the Tate Modern, London, P.S.1 Contemporary Art Center / MoMA, New York and participated in the Berlin Biennial 2006 as well as the Venice Biennial 2009. An exhibition of her work is currently on view at the kestnergesellschaft in Hannover. Djurberg lives and works with the composer, Hans Berg, in Berlin.