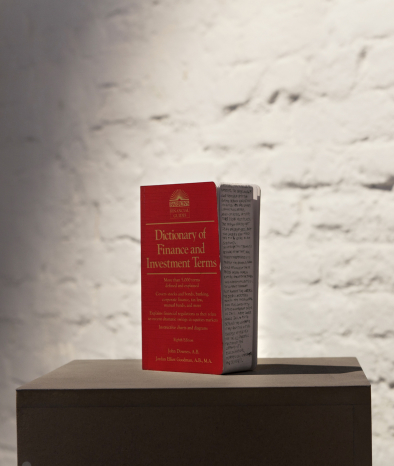 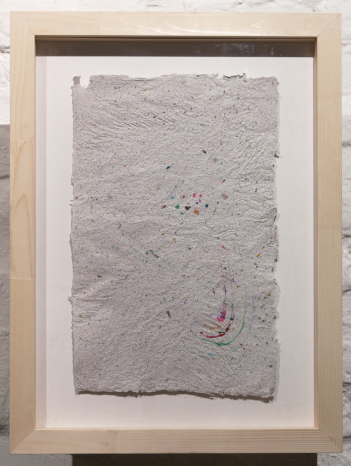 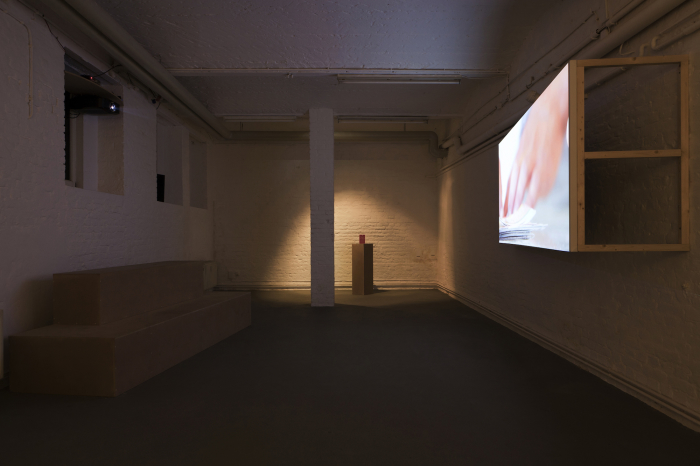 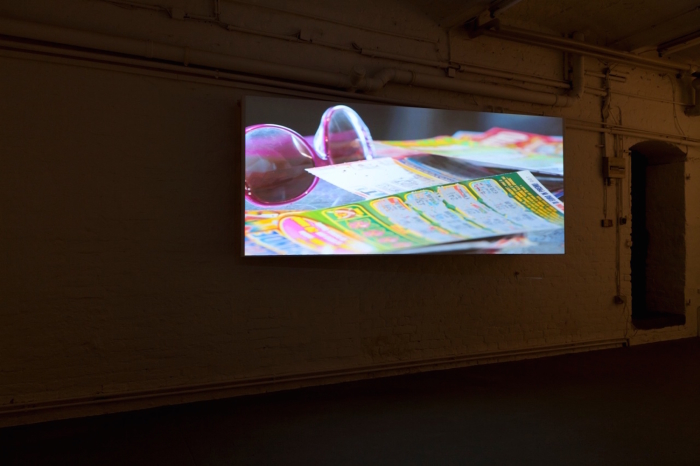 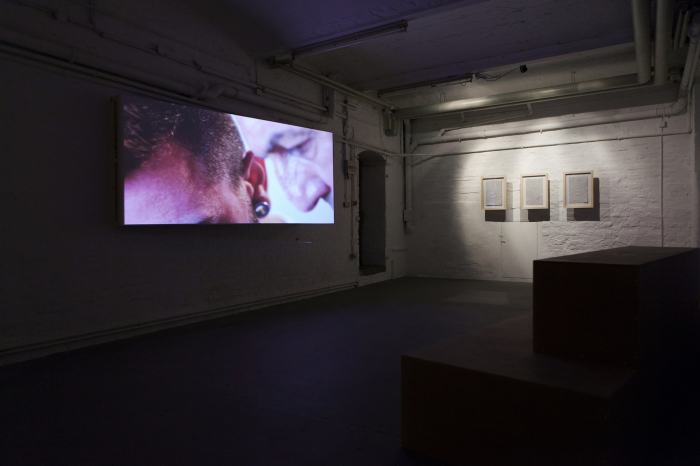 The “Pareto optimality” is a concept used in economics to demonstrate how in a given group it is impossible to improve a subject’s condition without worsening another’s.
In his first personal show at Supportico Lopez, Danilo Correale focuses on crisis and its constant illusions, singling out a specific perspective, that of “success”, as the extreme result of a collective failure. Material illusions, today transformed into needs, and the idealization of statuses are the results of an abysmal gap that has opened up between reality and the “Televised reality” we are force-fed every day. Our culture is saturated with images of prizes, competitions, piles of money, golden coins, and all sorts of commodities. These images are reflected back by the “spectacularization” of ordinary life. A continuous praise of mediocrity that results in a generalized satisfaction with personal failure. An imaginary that points out the path towards new forms of consumption where the ultimate pleasure is the voluntary, conscious and self-satisfied depersonalization of the individual.
Moving from this theoretical premise, Danilo Correale defines his viewpoint through three passages in a single compositional process: a dictionary of financial and market terms on whose spine the artist has transcribed a passage from Borges’ Lottery of Babylon. In the three works made of recycled paper, the concept of Pareto optimality defines the production process of the work itself. This is made of pulped losing lottery tickets, which thus reestablish their value, turning from tangible signs of failure into a work of art. The video The surface of my eye is deeper than the ocean (2011) shows several people engaged, absorbed, concentrated in the obsessive gesture of scratching, a gesture that is depersonalizing in an alienating and almost pornographic way. These are every-day life glimpses of players whose gesture, which summarizes the failure of a whole society, is placed here under an inquisitive gaze. The aseptic and neutral setting underscores the scientific approach the artist applies to his narrative, using the personal experience of the spectator as a narrative and emotional element.

In the latest years Danilo Correale (Napoli 1982) has been invited in different international shows such as Manifesta 8 in Murcia, Spain, the 11th Istanbul Biennal at Pist Artist Run Space. Recently he presented the solo “Mosh Pit Control” Gallery Raucci Santamaria IT , and ” We are Making History ” at Entrèe, Bergen NO, and several Group Exhibition held in private galleries and public spaces such as, “Practicing Memory”, curated by M. Lucchetti, Pistoletto Foundation, IT, or “Give and Take” Via Farini, Milano, or “We Do IT” curated by M. Scotini, Kunstraum Lakeside, Klagenfurth, A, and residency program such as Ratti foundation, Como IT, A.I.R. Antwerpen, Belgium, BE, Mazama Residence, Seattle, USA.
Correale’s works has been commissioned among others by Manifesta Foundation and MADRE Contemporary Art Museum, he Currently lives and work in Ercolano, Napoli.