Conspire means to breathe together 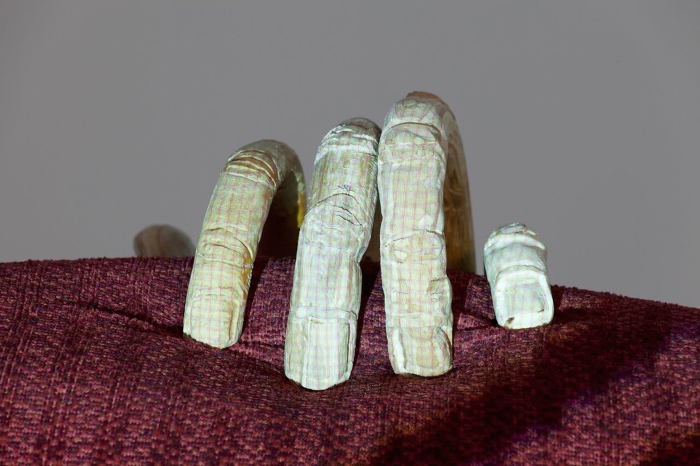 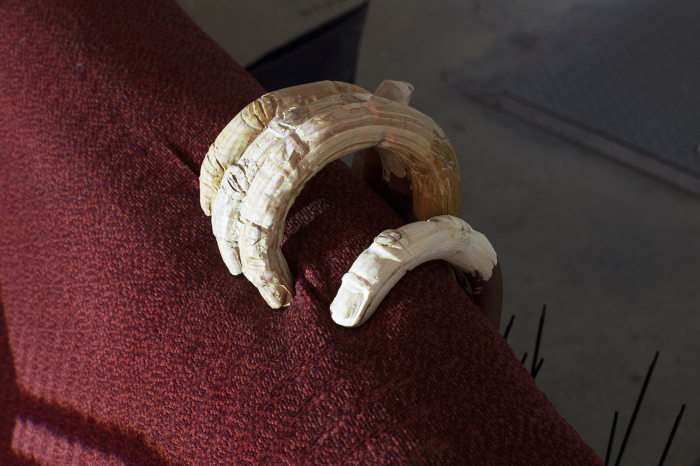 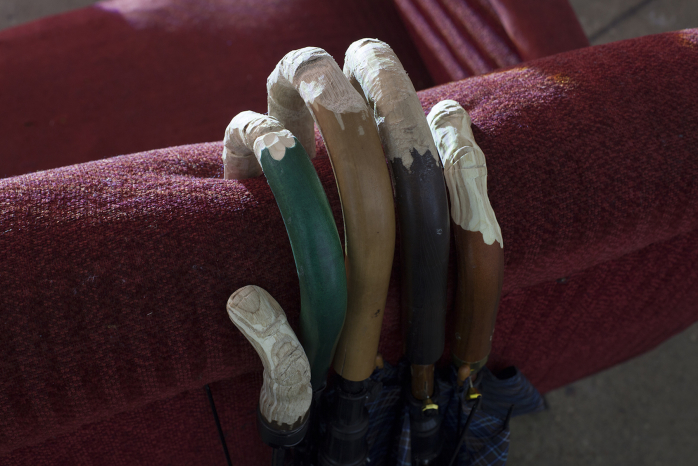 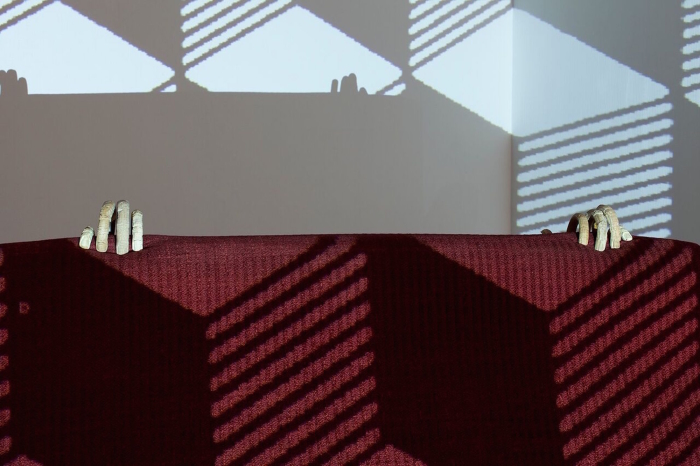 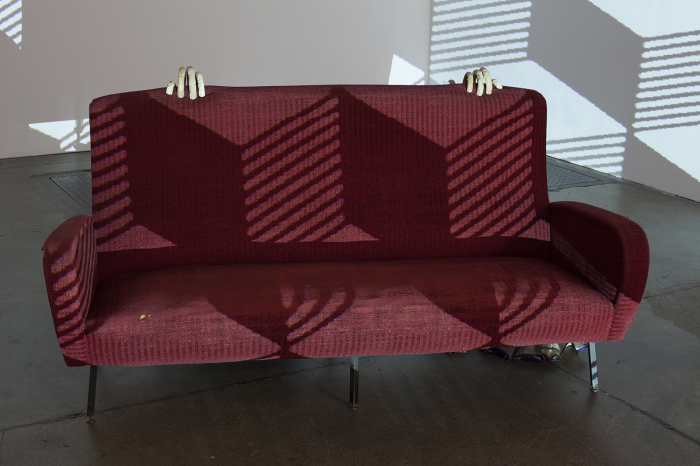 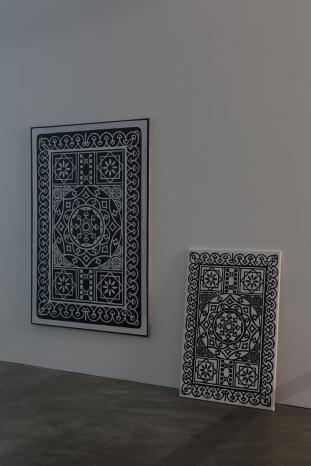 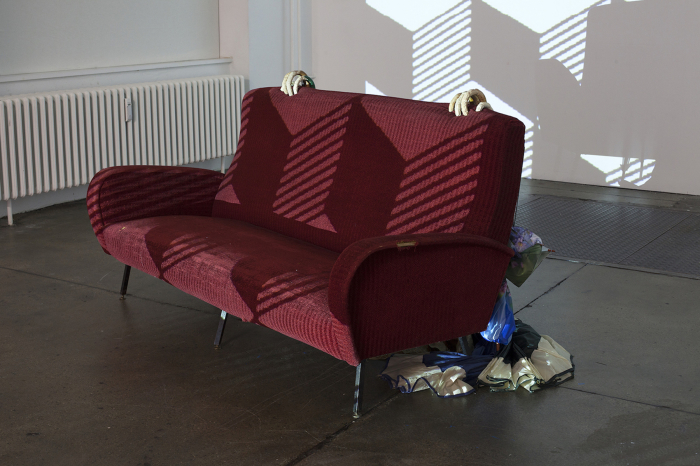 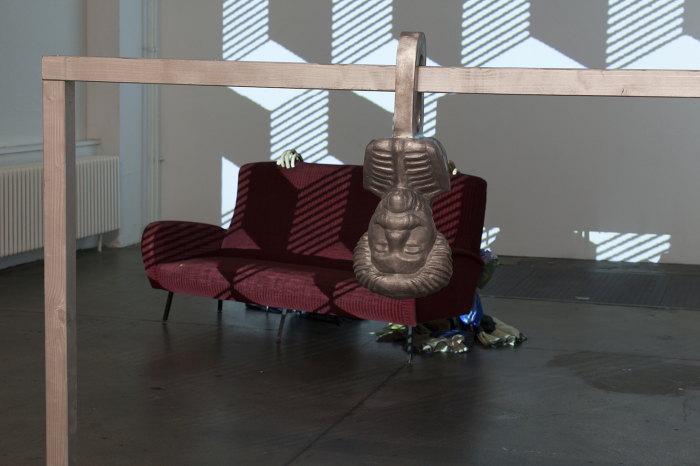 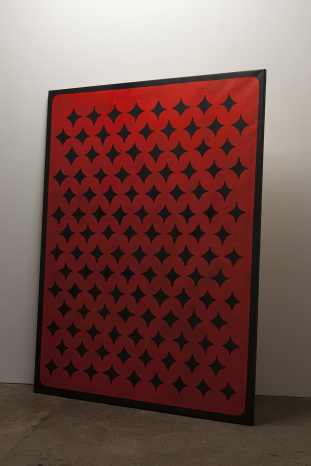 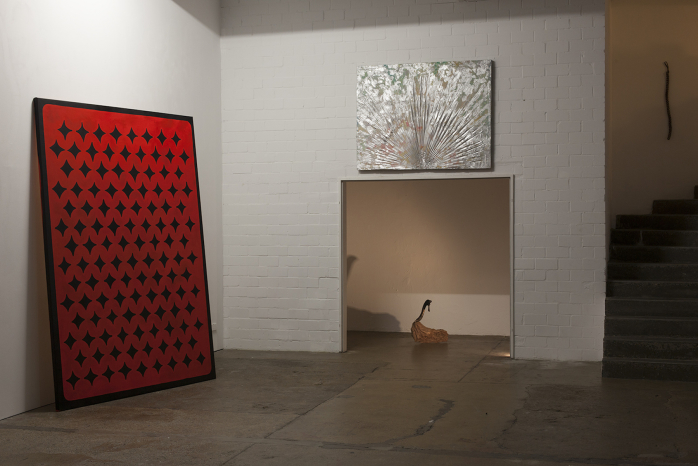 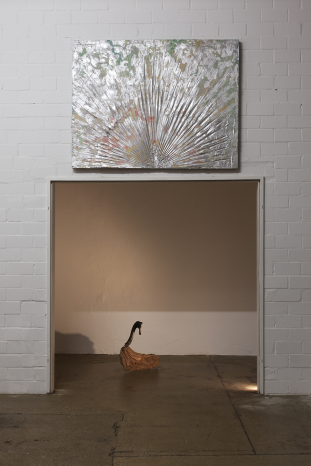 Giulio Delvè’s process always refers to everyday experiences and reality, that also works as a metonymy of a broader social strata, investigating political aspects and meanings of the existing social structures and relations of power, while at the same time remaining profoundly poetic.

For him art has no other choice but to act as a filter of society. The everyday is exposed and decontextualized, thus laying bare the madness and the absurdity of human behavior and modern day institutions.

Conspire means to breathe together is a project structured around a precise place and moment in time: the entrance of a building and the routine of night-watching.

Two years and half ago the artist and his partner started living in an occupied building in Napoli, one of the numerous unused properties in the city, along with a group of families with children, students and unemployed people. Since living there, the artist established an intense relationship with the factor of time and its consequences, and the anxiety perpetuated by the constant possibility of eviction led his following projects to be naturally connected to this chapter of his life.

While this period of his life was characterized by a great sense of humanity, it served at the same time as a bastard copy of the “outside system”. The same mechanisms that were going to be contested were being actualized: underhand dynamics of manipulation, control by monitoring presences and participation, exclusive inclusion. The artist is caught in the tension between external institutional power and the internal one, questioning his autonomy as an individual and a free thinker.

Almost as a consequence of a prolonged inactive wait and a wakefulness that slowly surrenders to sleep, the works come out as visions produced in an hallucinatory dimension that brings together dream and reality, where things appear to us in different scales, proportions, dimensions. The elements that characterized the architecture of the house plus the elements used to pass the time, such as play cards, here become the protagonists of the exhibition and a sort of a communal output of a uncertain state. Household tools and objects are extrapolated from their autochthonous environment, dismantled and rearranged, thus taking on different function and new semantic possibilities.