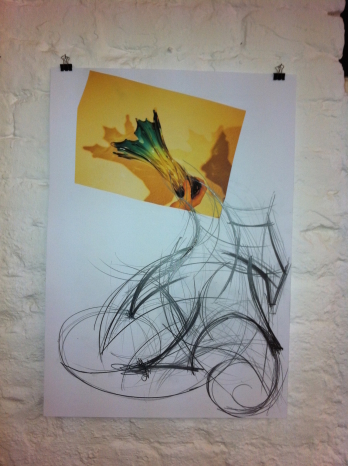 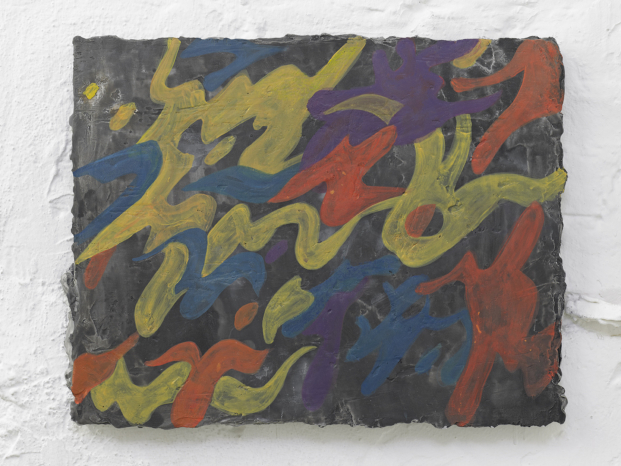 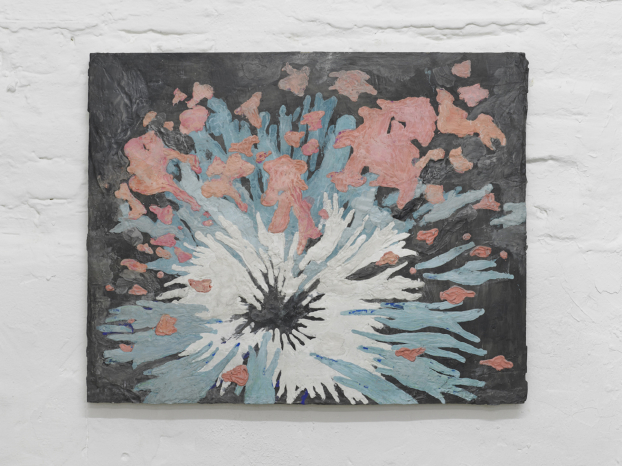 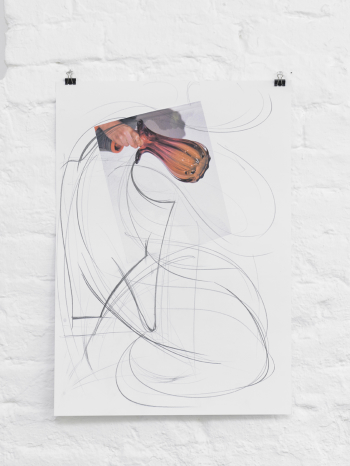 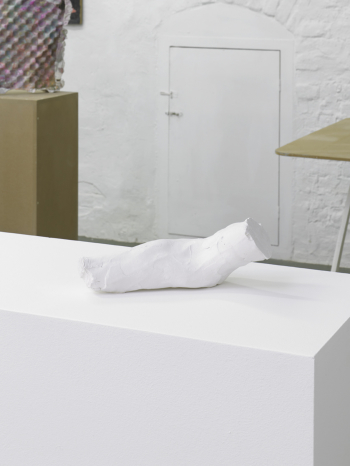 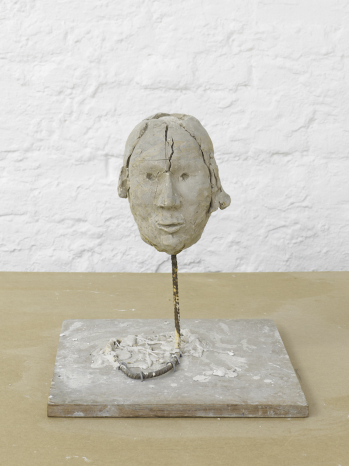 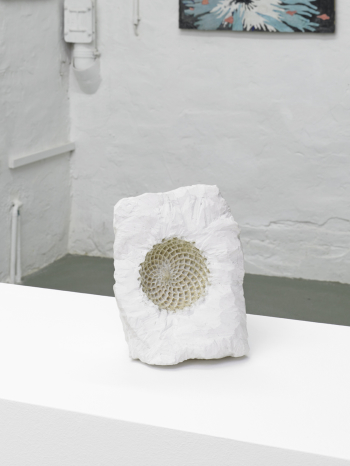 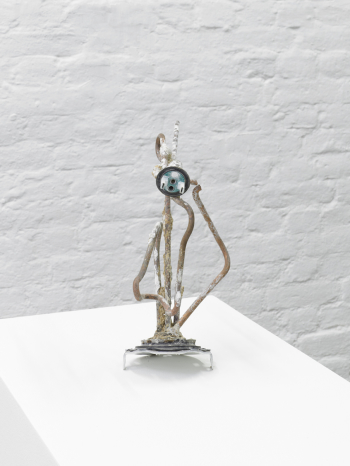 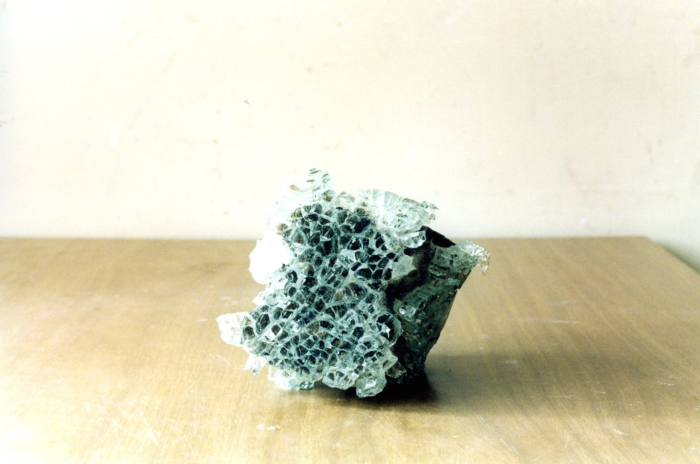 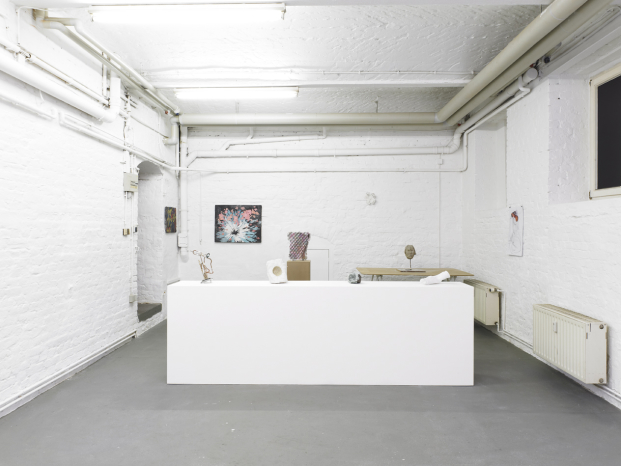 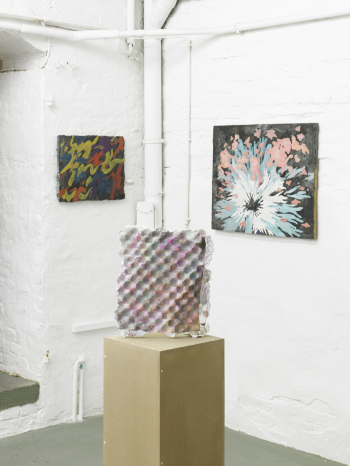 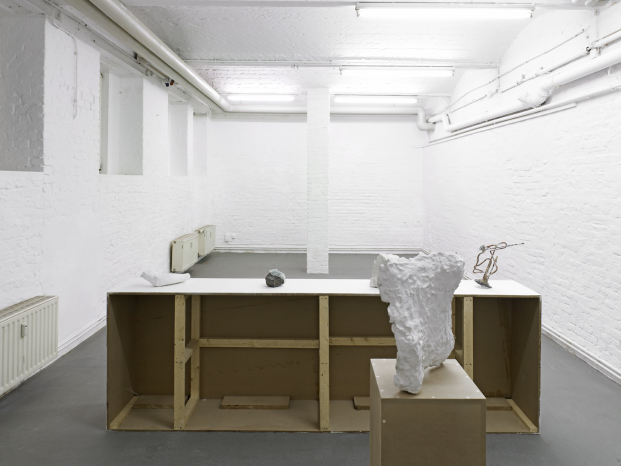 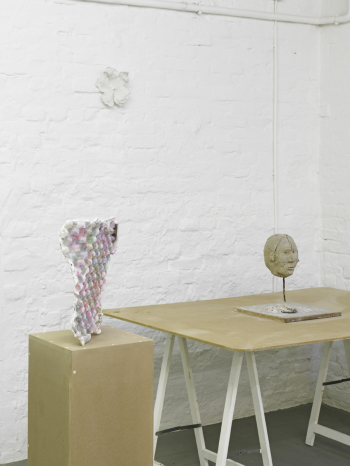 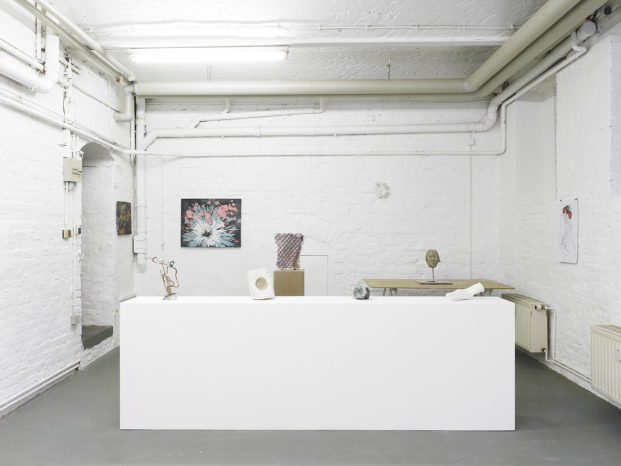 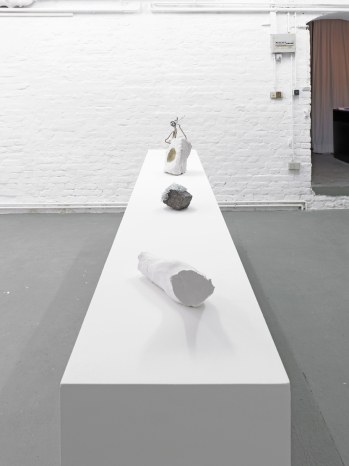 Supportico Lopez is pleased to announce his first solo exhibition with the italian artist Giulio Delve’.

Giulio Delvè (Naples 1984) elaborates on and brings to his studio the results of his document-searching and book-reading, and of his analyses of places and situations that have caught his attention and stimulated his interest. He observes and analyzes objects, architectures and elements in order to generate a reflection on their function and what can result from an alteration of this function. His is a reflection on power and the capability of symbols to establish space-time connections.

Azione meccanica (di una roccia effusiva su un solido amorfo) – Mechanical action (of an effusive rock on an amorphous solid) – is the title of one of Giulio Delvè’s works on display, which provides part of the title of the exhibition itself. A small, precious sculpture, an urban mineral, the physical and crystallized result of a violent gesture of protest with a strong political, anarchic meaning, namely, the launching of a sanpietrino – a cubic paving stone – against a shop window during the national demonstration of October 15 2011 in Rome, which saw harsh clashes. It is evidence of a political action, the result of a mechanical gesture. Evidence brought to the artist by a friend, a real, physical, sculptural element chosen for its capability to embody a specific moment of that event, more concrete and real than a photograph. Likewise, another sculpture on exhibit seems to strive to materialize reality, in this case, the artist’s own personal reality, through a cast of the arm of his heroin-addicted uncle. The other sculptures are a series of elaborations and studies created by Delvè and material recovered from (or found in) the studies of others, like the large head resting on a table, almost as if to underscore that the detail of his analysis and the tension it unleashes are better activated when going through a progressive and still undefined phase. The space of the gallery is divided into two stages, different, but both extremely rigorous in their communicative code. Emptiness and fullness. The front of the gallery space  has remained a laboratory. Delvè’s studio thus seems to have acquired an appendix: the process is still ongoing.

“Amongst those who deploy a destructuring strategy, based on a re-reading of objects in the urban context, we find Giulio Delvè (Naples, 1984). His work employs tools that differ from a mere conceptual exchange. The basis of his method is a gradual analysis of the city’s external elements, which he often collects and leaves to decant in his studio. In Delvè’s work there is nothing ethnic or historical, he is more interested in exploring the few shared elements of a society which do not often have a unifying form to draw upon. It is a theoretical enquiry based on solid empirical grounds, that does not avail itself of a structure ‘created’ around the object, making this young artist’s work an objective examination of social practice.”

Giulio Delvè creates assemblages and installations made with materials endowed with an intrinsic narrative function because they are tied together by a fabric of visual connections, historical information, and personal and collective memories. His works often take on a stratified structure and evoke themes and specific forms of the preformative process that is at the very origin of their creation, as if the act of constructing was an appendix, an extension of the mental operation whereby the process of creation itself, rather than its final result, takes on fundamental importance.

(from the catalogue of the Ariane de Rotschild prize, Milan 2011)