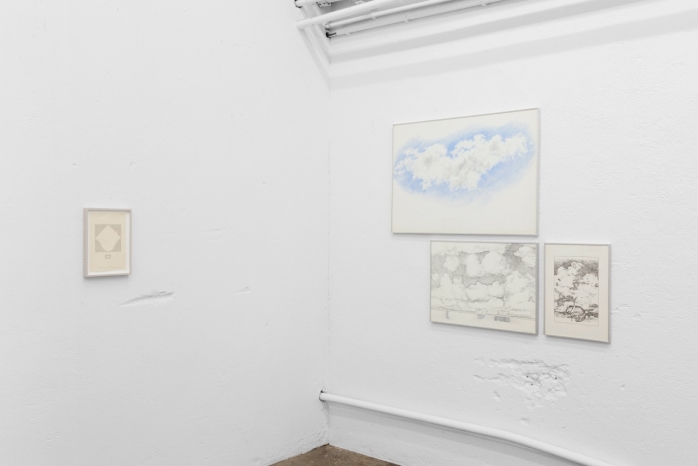 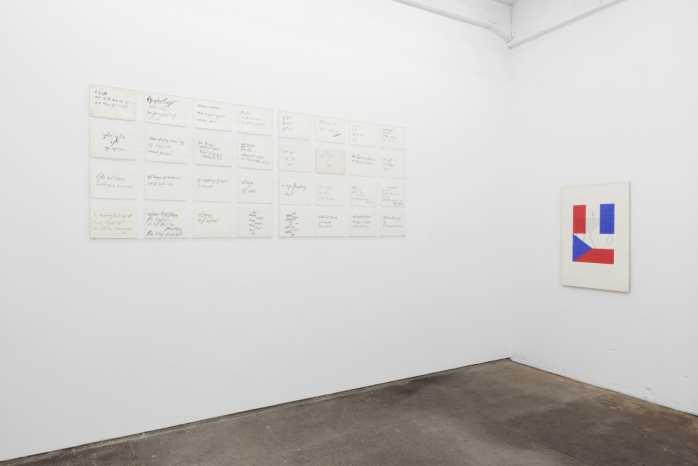 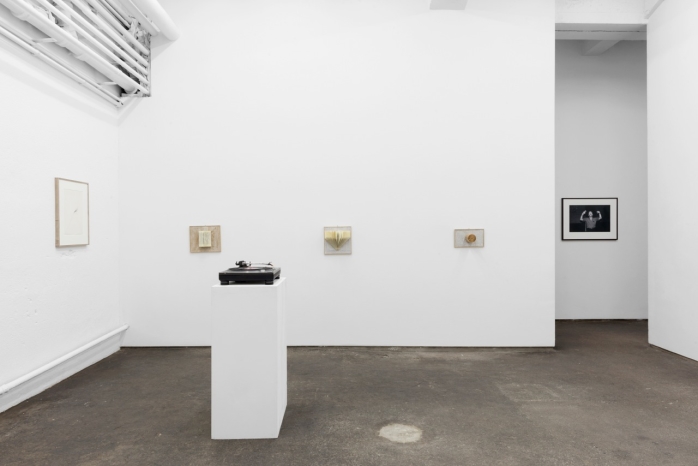 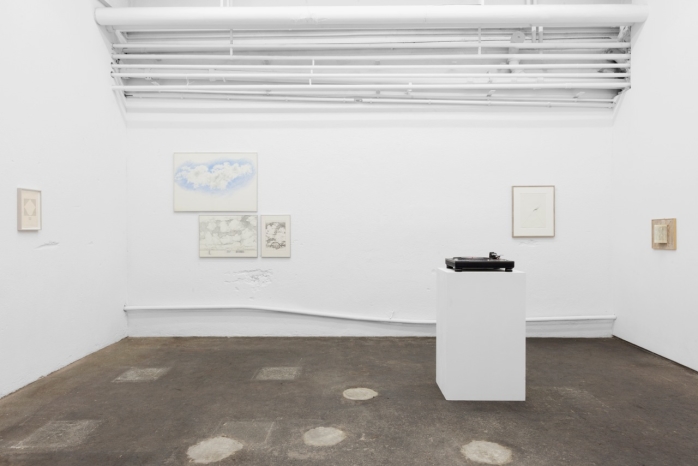 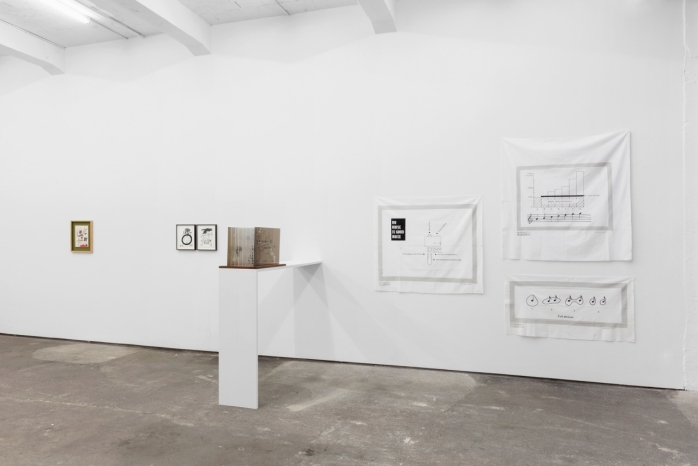 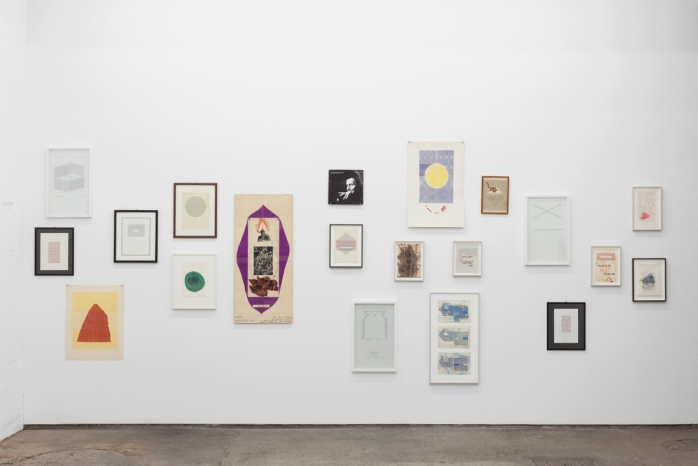 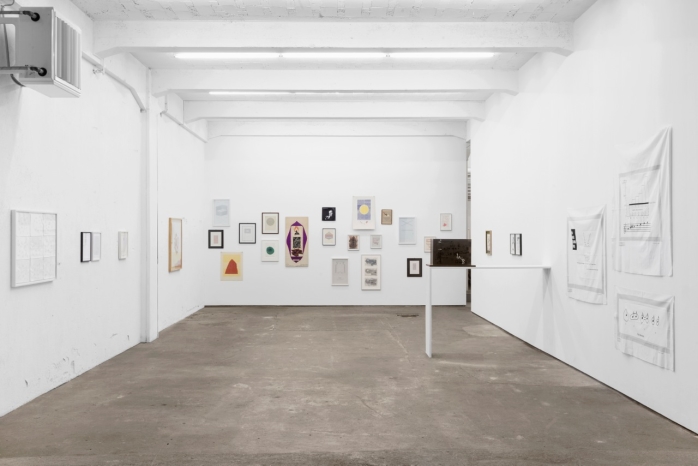 RaebervonStenglin is very pleased to show the group exhibition PÊCHE DE NUIT (oh hell ah well yes well), which brings together well-known positions associated with Fluxus and Neo-Dada. At the center of the exhibition, which is curated by the Berlin Gallery Supportico Lopez, is concrete poetry, a genre that uses the visual and acoustic qualities of word and language as its essential material. Concrete poetry emerged in the early 1950s and established itself as a heterogeneous movement in a number of countries, e.g., the US, France, Great Britain, Sweden, and in German-speaking world. Concrete poetry´s protagonists discovered in the art magazine a venue for exchange and until the late 1960s were able to increase and intensify collaborations transcending national boundaries. The interdisciplinary character of concrete poetry, at the interface of literature and visual art, also strengthened the drive to enter into a dialogue with other art movements of the time.
At the heart of the exhibition is the influential yet little known French poet, sound artist, graphic artist and publisher Henri Chopin (1922-2008), who during the 1950s and 1960s worked with concrete typewriter poetry and sound and noise experiments, interests that he pursued well into old age. Moreover, he published the important literary journal Revue OU (1964–1974), which included innovative typography and recordings on small vinyl records and provided an international platform to poets and artists such as Raoul Hausmann, Bob Cobbing and Emmett Williams.
PÊCHE DE NUIT (oh hell ah well yes well) will be showing works in the context of then-active artists who used lettering and poetry as political, academic, communicative, and free gestures. The group brings together various experimental strands that test a terrain known today as poetic arts. In the exhibition, the freedom and rebelliousness of Fluxus alternates with a challenge to familiar points of view and constructions of meaning reminiscent of Dada.
The title of the exhibition derives from the combination of two different titles: Pêche de Nuit (night fishing) refers to the 1957 eponymous sound piece by Henri Chopin, in which a soundscape of sonorous human voices is overlaid with sounds that imitate what appear to be sounds of nature but which remain undefinable. The second part, oh hell ah well yes well, is one of 32 poems by Dick Higgins (1938-1998), which appeared in 1977 in book form in the exhibition epitaph e phatiepi at the Morra Foundation in Naples. Peppe Morra was an important collaborative partner for concrete poetry artists, not the least of whom was Henri Chopin.