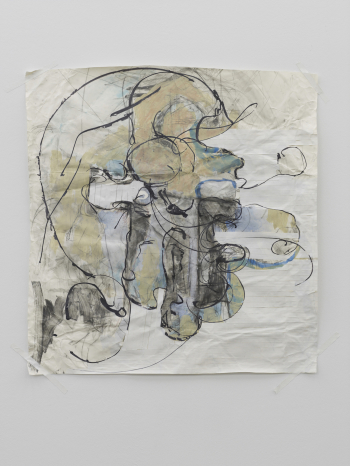 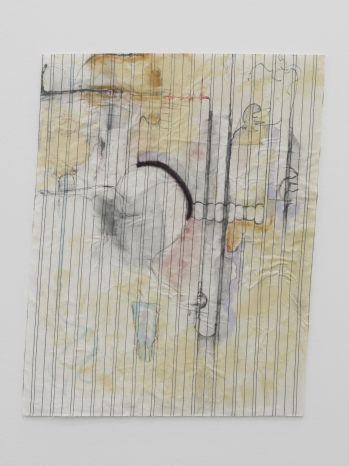 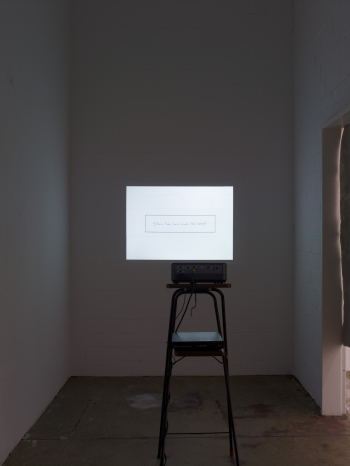 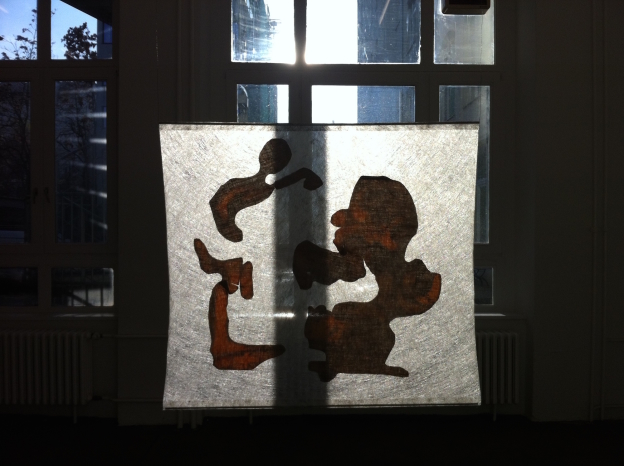 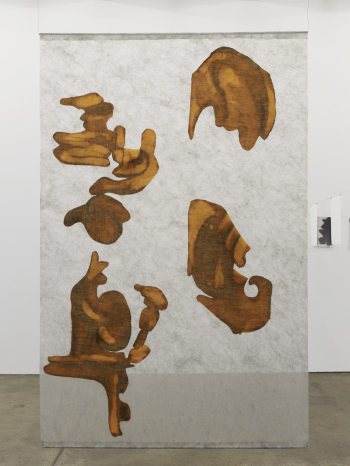 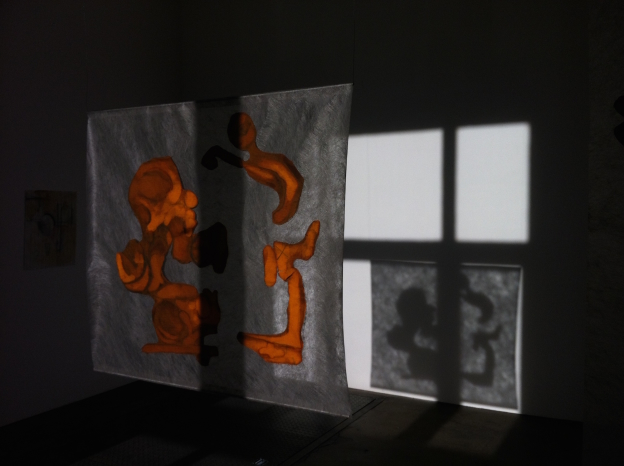 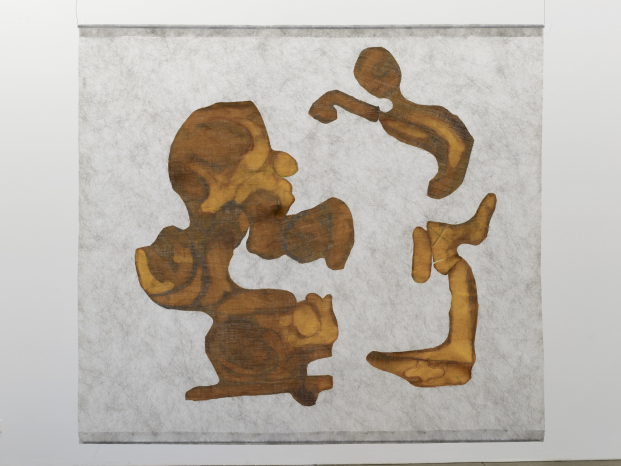 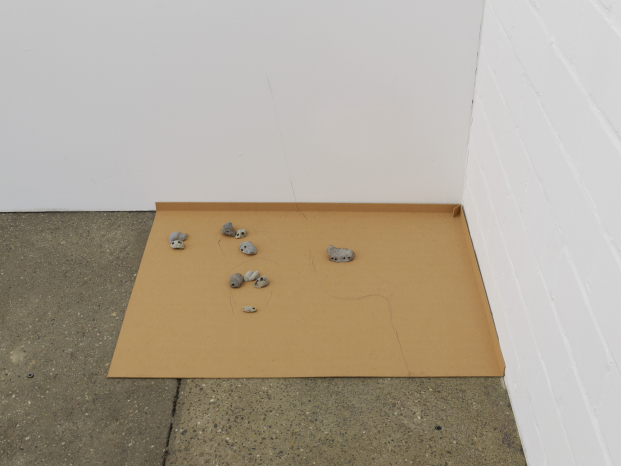 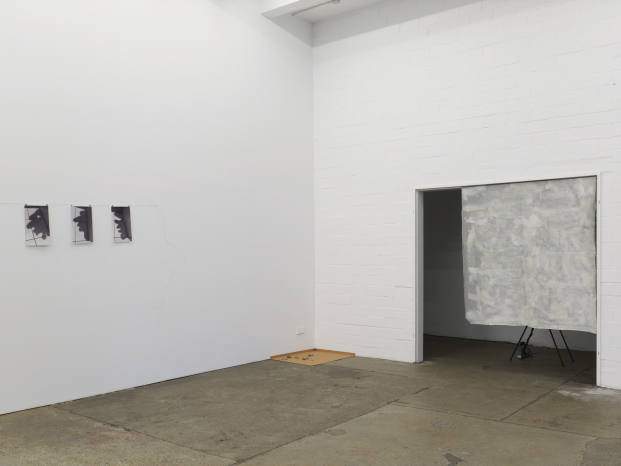 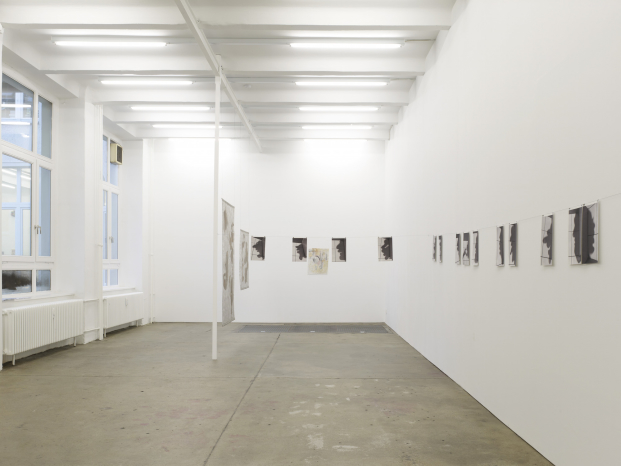 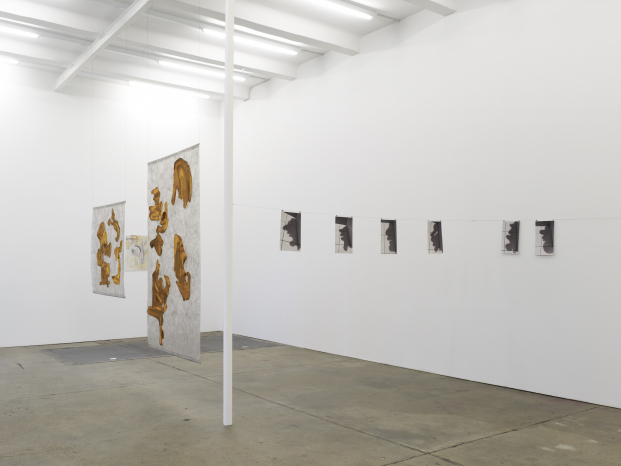 When we talk about drawing we inevitably talk about movement within time, a stroke, a line, a cut, a present molded instantaneously into a past, another line and a future descends, passes again, past becomes present and the future is long gone. Time travels, utopic in essence.

But when is the decision made, at what point is it finished? Even though she could re-work it again and again, travel further, movement is freedom, inherently we don’t say stop, so when does it suffice? So many decisions to make none of them bigger than that final one, judgment unnecessary, the question of right or wrong has left the game.

We can say that there are factors of sales, expectations, pressure, but if we believe, and we continue to share an optimism not based on opinions but interest, a belief that there is a moment of purity, that the right decision is nothing but personal instinct, a personal moment of clarity, sincerity a necessity, seeing something there that is full, rich and the closest possibility to an end. In this moment the work is free to stand alone to be taken and loved or hated, put in reference, closed and finished, reopened again.

Finished only when placed or hung, J. Parker Valentine’s practice moves from the studio into the exhibition space, where pieces are set in close dialogue with the space surrounding them. Her drawings are mapping devices, prototypes for impossible sculptures, utopic architectures.

Taken in various apartments she has lived in between 2004 to 2009, the video montage in the small room tells a fictional story seemingly placed in one location. Looking out the window it gives us directions, situates us in space, with the impending leave-taking of someone. The moment of departure, the letting go, mirrors the artistic process of the artist while it functions like drawing as we generate lines wherever we go. The photos on the wall are shadows sculpted on a bathroom floor – Gestalten. The artist draws with the shadows to create an uncanny experience always on the edge of nearly becoming something, someone, then again someone else, in a space between memory and imagination. The two large fabric pieces further investigate space creation. Talking to the artist she highlights the importance of the negative space in the works, the body relations, the form that happens between.

Who Made Who is a statement with a feeling of a question, a palindrome that moves back and forth, Who interchangeable with What, the subject of discussion is object. The title implies authorship. It is a phrase about power and control, at the same time referencing found objects or allowing things to happen without control. In this sense the show gives way into the interior world of J. Parker Valentines practice. Although the discrete pieces act on their own, they are connected physically by a structure creating movement through the space that allows for collisions and relationships. A moment arises in which we can find a consensus, not by opinion, but by association and memory that leaves open what we see as the beginning or end for us, finished or unfinished – a reference point to something we have seen before or not yet.

Who Made Who is a double solo show realized at Galerie Max Meyer in Düsseldorf and Supportico Lopez Berlin.