The Quick Brown Fox Jumps Over The Lazy Dog 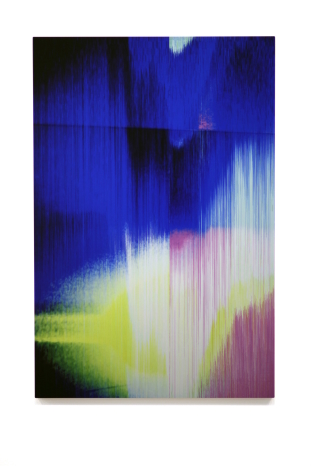 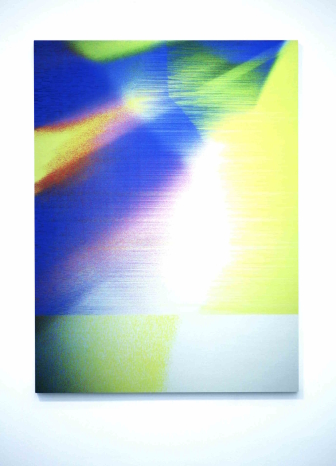 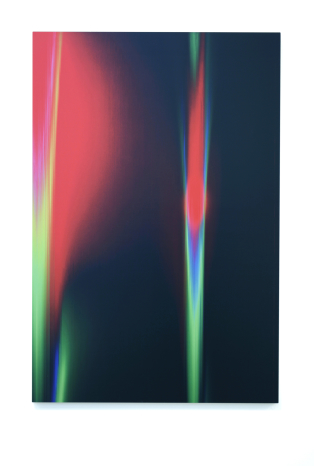 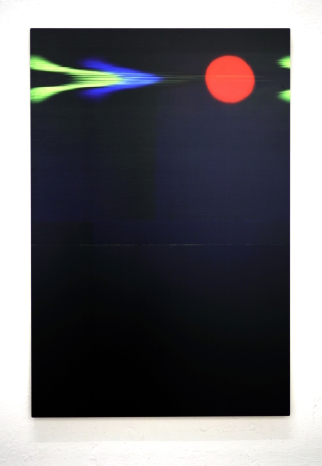 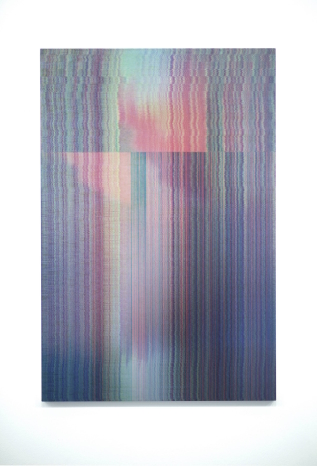 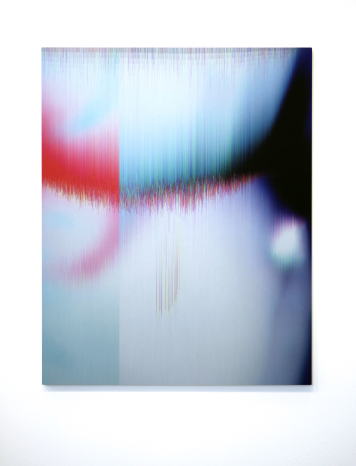 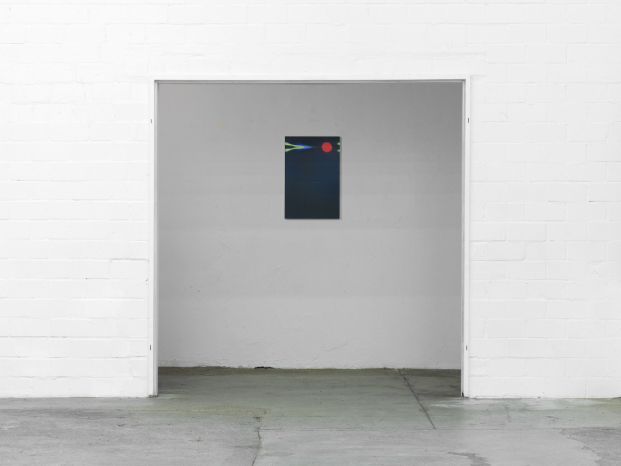 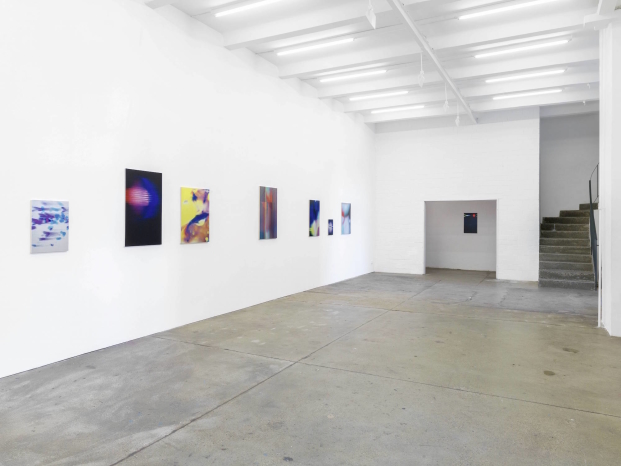 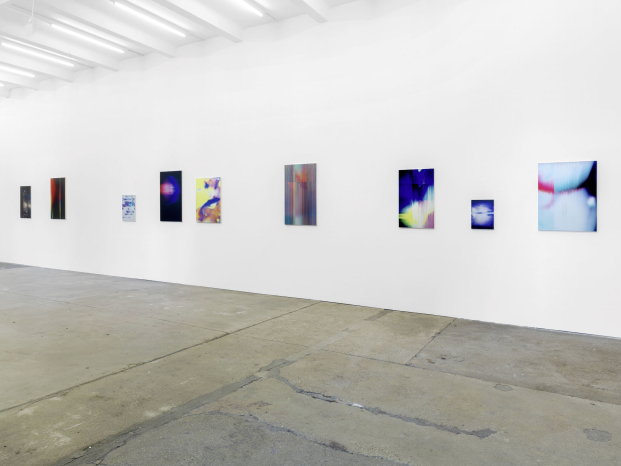 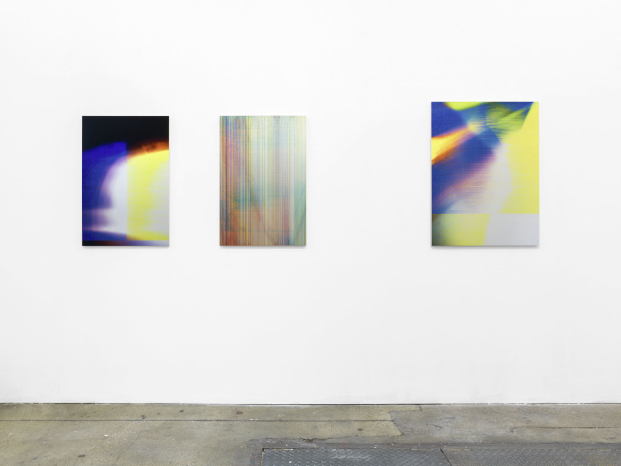 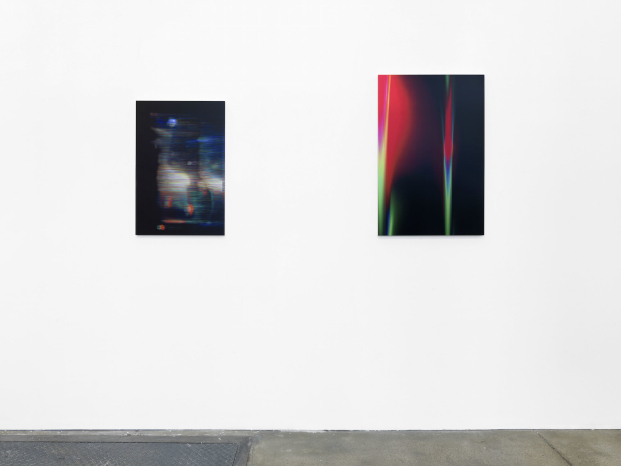 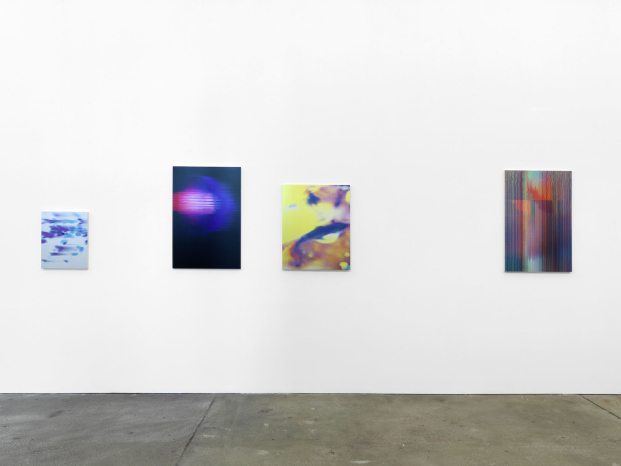 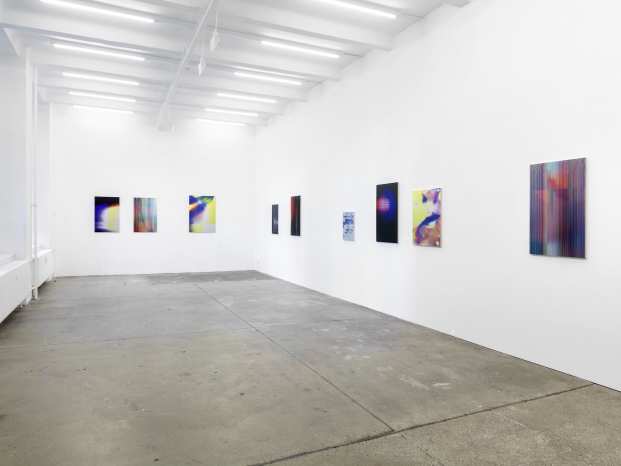 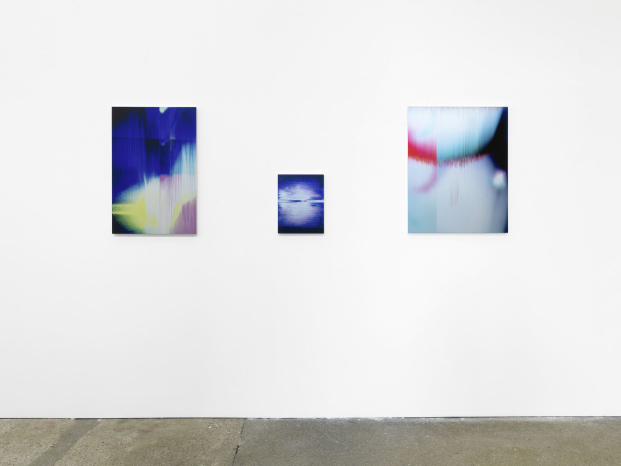 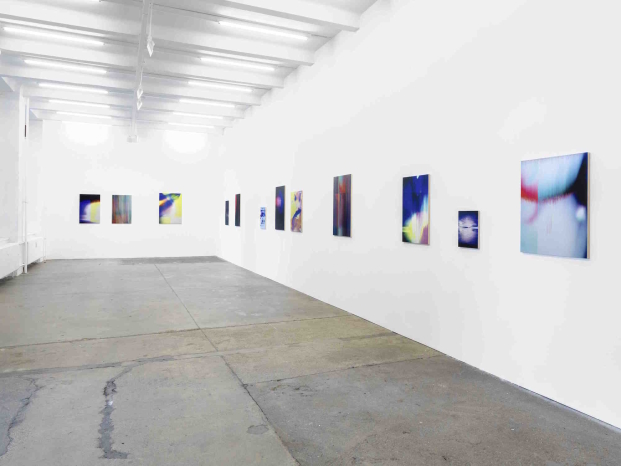 It is with great pleasure that Supportico Lopez announces the first solo exhibition of American artist and musician James Hoff at the gallery. The Quick Brown Fox Jumps Over the Lazy Dog features new works from his ongoing “virus series” of paintings and music whereby digital media files are infected with a computer virus to yield mutated, painterly abstractions and hypnotic sound. Self-reproduction and self-distribution are two key features of computer viruses that interest Hoff in the process of implementing these parasitic forms into pre-existing genres, such as abstract painting or dance music.

Each of the twelve paintings on display originates through the digital infection of a monochromatic image by Hoff. This is done by using a modified hex editor, which breaks each image file down into its hexadecimal code, within which the artist introduces the source code of a pre-existing computer virus. When this file is reopened as an image file, the manipulated code generates a corrupted image full of color and dense clusters of vivid lines. Printed through a dye-sublimation process on an aluminium panel, the viral compositions create amorphous paintings that carry dubious content. For the works in this exhibition, Hoff used the Skywiper and Stuxnet viruses, both of which were developed for cyber espionage purposes by the United States to target Iran and other ‘rogue’ countries.

Hoff employs a similar approach to music and sound. Just as each abstract painting is created by contaminating source code with a computer virus so too are many of his musical compositions. In 2014, he used the Blaster virus to infect 808 beats to produce a record titled Blaster, which was released by the notorious PAN imprint. On the occasion of this exhibition, Hoff has created the new instrumental sound work “Stuxnet (for Piano)”, which will play quietly, hauntingly, throughout the duration of the show. “Stuxnet (for Piano)” mimes the pensive and meditative mood of new age music with its arpeggiated harmonies rolled out on a single, grand piano. It parallels the actions of some computer viruses, which coax us to click and install them, undermining our daily activities in a networked society.

The title of the exhibition “The Quick Brown Fox Jumps Over the Lazy Dog” is a correspondent panagram, which uses every letter in the English language. It has been used for typing tests, applied in computer programming to test algorithms and it is also the first phrase sent through the Washington/Moscow telex hotline in 1963. Hoff’s use of it here zero’s in on language’s material substrate anchoring the exhibition inside of the international communication network from, and for, which his media production is generated.

James Hoff is also involved in the non-profit publishing organisation Primary Information in New York City, that he co-runs together with curator Miriam Katzeff. Inspired in part by the subculture of small-press practice and influenced by the definition of the artist book and its varied forms as formulated by Printed Matter, Hoff makes use of these constructive reflections enabled by digging deep into historic archives as well as encouraging today’s artists to contribute to this discourse deriving from Conceptual Art and Fluxus amongst others. These roots are generating a field of prospects and potentials that inspire his work as a visual and sound artist alike.