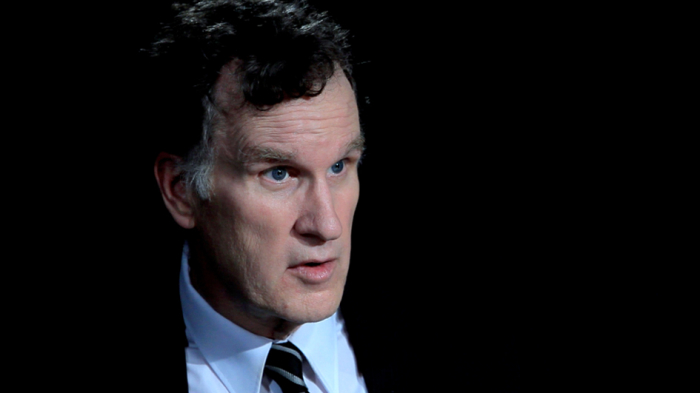 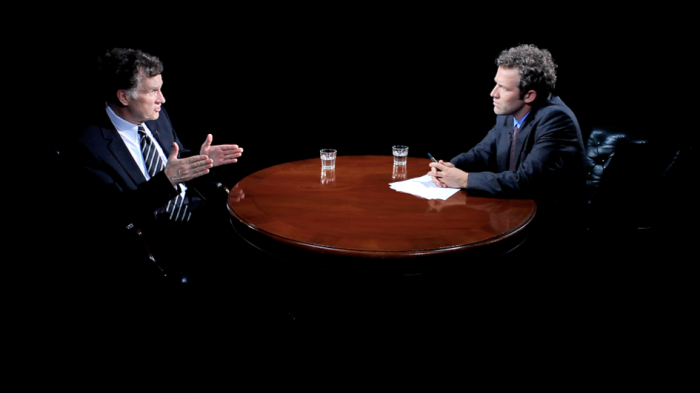 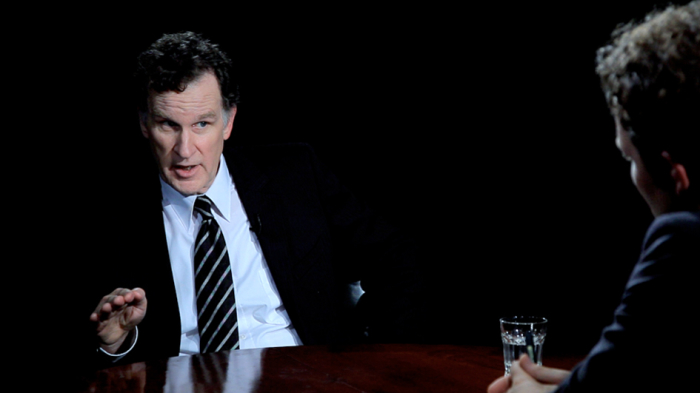 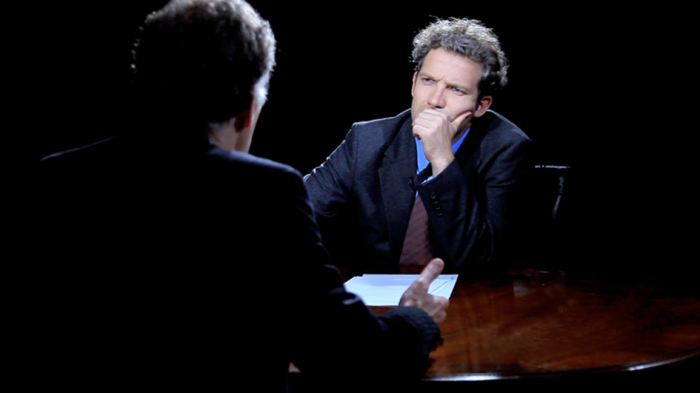 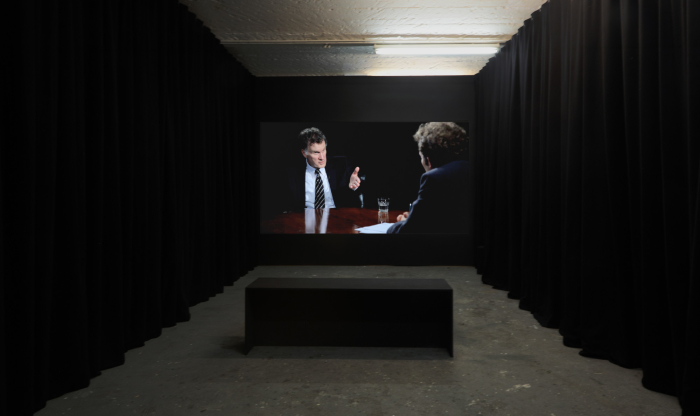 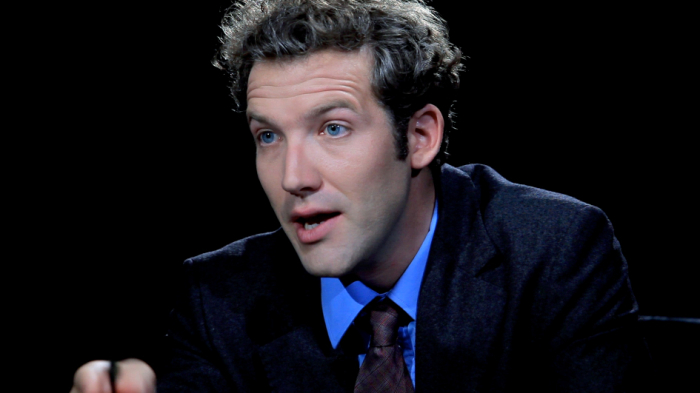 Supportico Lopez is pleased to announce the solo exhibition of the German artist Jan Peter Hammer.

The Anarchist Banker by Jan Peter Hammer is a 30 min. long video installation shot on HD Video, featuring the actors John Quincy Long and Tomas Spencer, emulating the style of a talk show, where the host interviews a banker in the aftermath of the 2008 financial crisis.

Named after the short story wrote in 1922 by Portuguese poet Fernando Pessoa, Jan Hammer’s video restages Pessoa’s dialogue between the banker and his secretary as an interview between a banker, Arthur Ashenking, and Dave Hall, a TV moderator. The name Arthur Ashenking is a loose translation of the Portuguese Artur Alves dos Reis, the shaddy financier said to have inspired Pessoa’s original character. Alves dos Reis almost single handedly bankrupt the Portuguese state, by mounting a huge fraud, which shook the credibility of the Portuguese currency, the Escudo. The subsequent scandal undermined the public trust in the First Republic to the point of enabling the military coup d’état of the 28th of May 1926, whose ensuing dictatorship ruled the country for most of the 20th century.

The dialogue’s original content has also been adapted to reflect upon the financial practices of neo-liberalism and the resulting credit crunch. Far beyond a plaidoyer for his personal views, the arguments voiced by the banker soon take an uncanny turn. The words of Arthur Ashenking lead us, thus, through the genealogy described in between the early writings of Max Stirner and the economic policies of Milton Friedman, which grant us a glimpse of the official narrative of tyranny and exploitation in the 20th century’s invisible Other. Reinforced by the trauma of Nazi Germany and the ‘failure’ of the grand-narrative of communism, Western societies have indulged in a surge of social policies and practices all aimed at improving the ideal of self-determination, which always pitches individualism against totalitarianism. The result of which has been a transferal of all tension from the political to the psychological, and the ensuing notion that we are, ourselves, responsible for our own achievements and shortcomings while it is our moral duty to improve our own emotional standing, from which an improvement in the actual material conditions will necessarily follow.

The idea that democracy and Liberalism might be antagonistic political forces, or that Liberalism might undermine all possibility of democratic cohesion and political determination, remains, however, mainly unexamined. Therefore, the banker’s inexorable logic, through which he exposes the core of his economical philosophy and debunks his baffled opponent, though faithful to Pessoa’s original, proves itself uncannily contemporary in its defense of ‘rational egoism’ and unabashed self-serving interests.