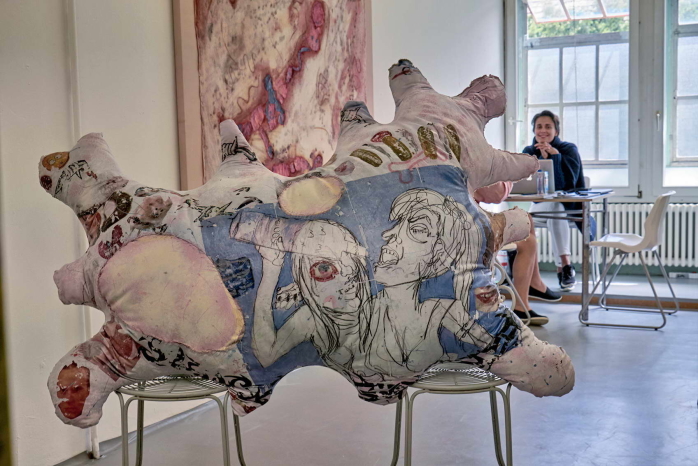 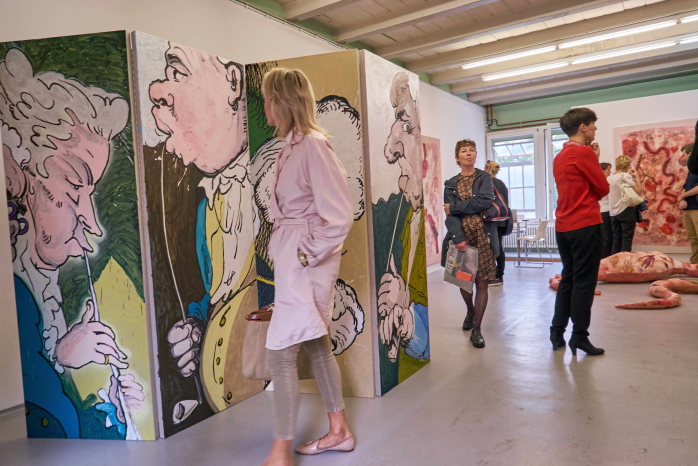 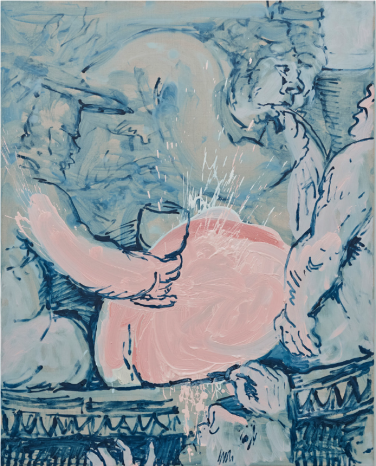 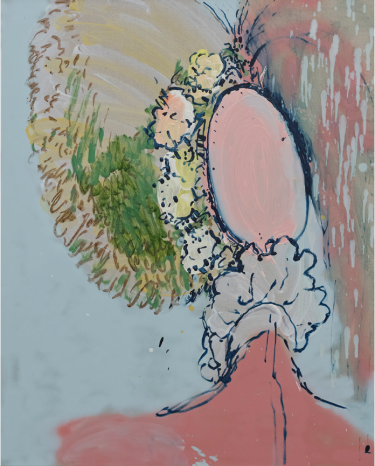 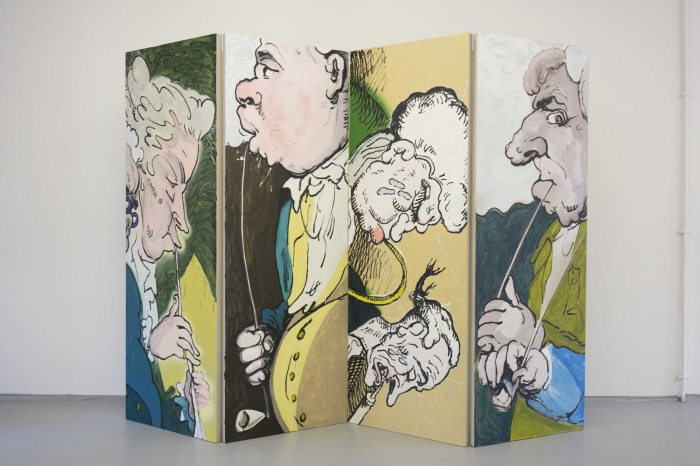 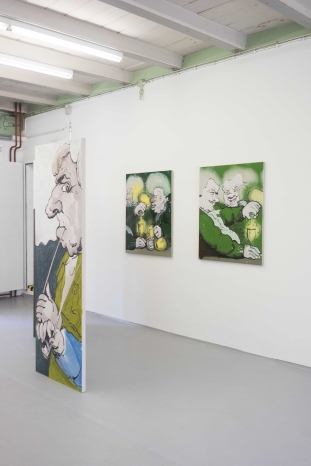 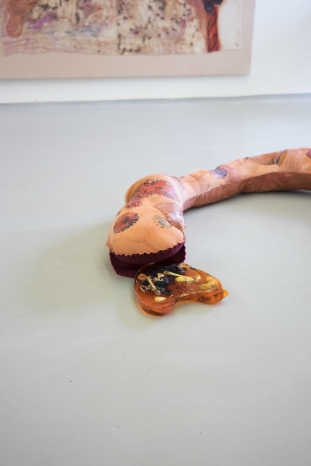 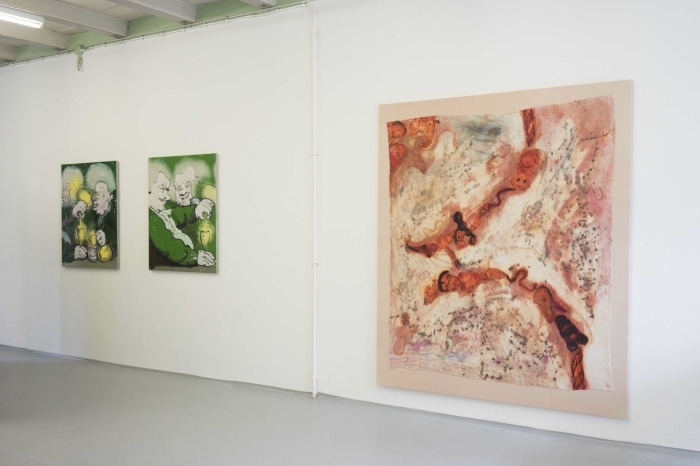 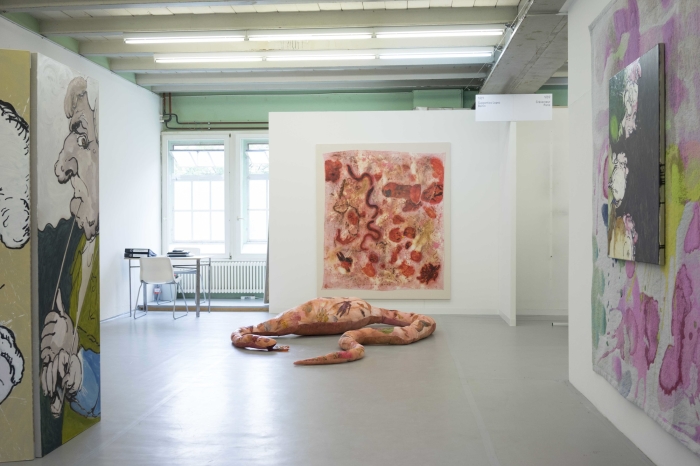 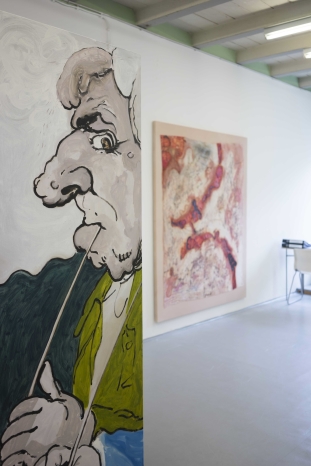 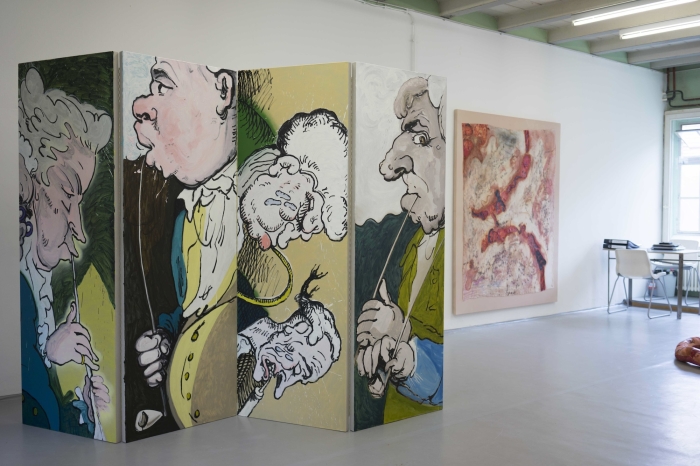 Supportico Lopez at Liste 2015
with Charlie Billingham and Athena Papadopoulos

Supportico Lopez presents a collaborative project by Charlie Billingham and Athena Papadopoulos, both of which are new artists of the gallery program. They are young graduates from London based insitutions, both root their practice in the field of painting and above all became close friends along their way. Athena Papadopoulos had her first solo exhibition at Supportico Lopez in May 2015 for Gallery Weekend Berlin followed by a solo show of Charlie Billingham in June 2015.

For LISTE they created a domestic setting, not as a stage set, but rather with suggestions of interior. Charlie Billingham presents a new paravent folding screen, which is made out of 4 paintings. For each painting Billingham uses a section of a print by Thomas Rowlandson of men smoking long churchwarden pipes. Hidden behind the screen are two paintings of men drinking. Their titles are “Chardonnay” and “Pinot Grigio” and the inspiration is also from the late 18th/early 19th Century English prints. On the opposite wall of the space Billingham installed a tapestry which functions as a backdrop for one of his paintings.

Athena Papadopoulos creates a large pillow construction sculpture and a snake lying on the floor. As with previous works, the large upholstered objects have figurative imagery applied and drawn on the surface. The figures depicted are debauched and drunken women, staggering and playing, interested in finding company with other, waelthier men. As with the characters, the sculptures itself have an obnoxious presence in the room, covering chairs and pushing up against walls and paintings. Two bloody paintings made with hair dye, red wine, bleach narrate the artist’s relation to her family, sexual life and position into the society.

Supportico Lopez participation to Liste 2015 on ARTSY and EL PAIS.