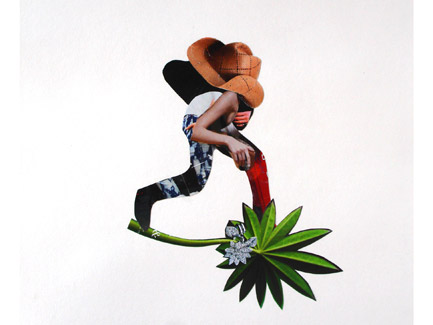 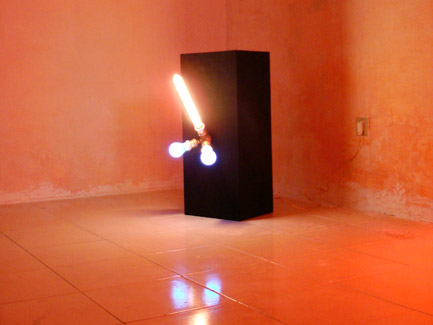 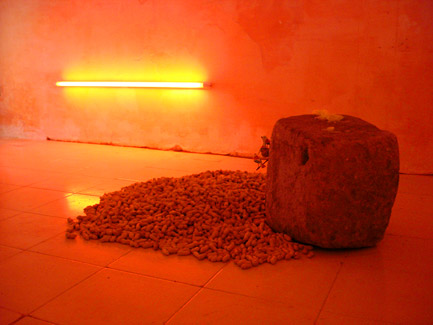 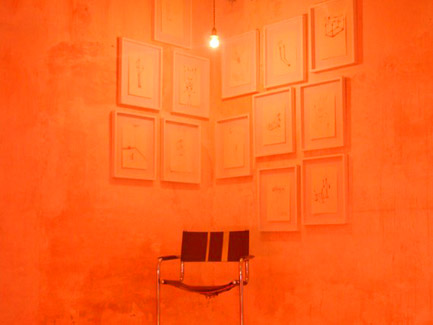 A room is a little universe, a receptacle for atmospheres, ideas, utopias. This is the principle of compositional liberty behind the presence of Luigi De Simone at Supportico Lopez from 28 June to 21 September 2007 in an exhibition entitled “La naturale attrazione delle cose”. The exhibition venue of Casa Supportico, managed by Gigiotto Del Vecchio and Stefania Palumbo, has been turned into a laboratory by the artist.

For the best part of a month he has altered and occupied it with his latest reflections, delimiting the territory in an entirely personal way and entering into an intimate relationship with it. It is a laboratory, but also a sort of refuge that enables him to adopt a “positive” outlook on the contradictions and chaos of the world outside.

This new-found space is narrated by Carmelo Bene in his version of the tale of Pinocchio, expressing the thousand pitfalls which prove to characterise that state of “maturity” which we had so longed for, and which in spite of all our efforts turns out to be a complex new universe of its own. The physical absence represented by a talking chair is the point of departure as we turn our backs on the certainties of a serene infancy and venture out on a shifting itinerary. This path leads to an ever greater insistence on significance, and Luigi De Simone pursues it by exploring his body, his home, birds in flight and the idea of eroticism, the weight of a stone in a skeleton reflecting a negative image of himself.

Luigi De Simone’s production starts out from an interest in the city outskirts as a geographical and social extreme. He adopts the elements of degradation  which characterise it and uses them to reveal the possibility of renewal which is in the very nature of things. In this exhibition at Supportico Lopez, De Simone moves away from the actual suburbs and concentrates on the outskirts of the mind and consciousness, choosing as his pathfinder “the natural attraction of things”.

Luigi De Simone was born in Naples, he lives and works in Naples and Berlin.