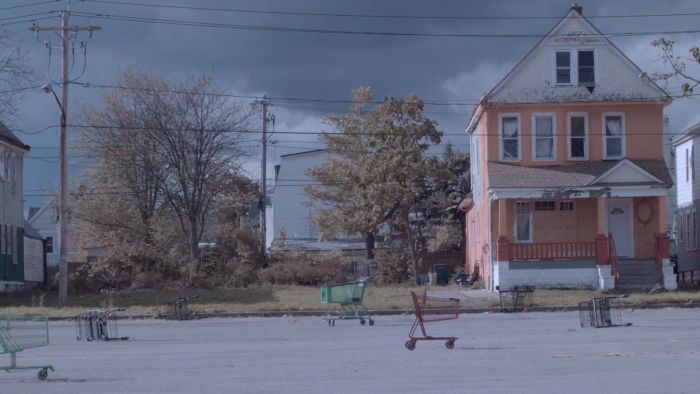 The film director Nandan Rao will be present

“Mumblecore was a brief moment in N. American cinema during the mid-2000s characterized by highly personal films made without budgets on inexpensive equipment. These films generally featured the filmmakers themselves, accompanied by their friends, improvising scenarios culled largely from their own lives. And while the artistic value of these films was debated, they mobilized many new filmmakers via their example of what one could create with limited means. Presented here is a selection of films from the last five years that have at their core a spirit of independence undoubtedly inspired by their immediate predecessors. Though the films themselves are diverse – some actively work to subvert and redraw the lines between fiction and reality, others opt to experiment within the more traditional confines of narrative – they all share a commitment to form and reverence for cinema itself that was perhaps less present in the works that paved the way before them. Thus, they are post-mumblecore.”

“It felt amateurish, in all the best ways. I don’t think I find any other process as satisfying, or any other product as qualitatively interesting, as one that involves a small group of people running full-speed into unknown territory, for no real reason except a need for wind on their faces, and maybe in a desperate attempt to run away from where they happened to be before.
There was no clear process when I showed up to any of the four locations for these films, that was something we figured out together, as we went, and as needs came up. There was very little ceremony in the making of these films, we weren’t following rituals learned and repeated over the years. What we did was purely a reaction to the immediate needs of the situation, a situation that was very much new to us, in so many ways. There’s an inherent optimism necessary for someone to commit to doing something, and even convince others to come along for the ride, without having any clear picture in their own mind of how it can be done.
I don’t mean to say there weren’t clear ideas beforehand, clear values and principles, clear priorities and interests, clear images and feelings that were necessary to plan, create, and capture. These were the clear measures of success, and without them there would be no chance of failure, and no thrill. It’s this very chance of failure that makes the optimism so necessary, and so contagious. But the weeks spent working on these films were weeks spent racking brains to figure out ways, every day, of reacting to the large and surprising world around us: the sun, the rain, the sea, the cities, the cars, the children, the adults, the police, and the juggalos. Reacting to these things, folding them into our process, and finding ways to pull what we wanted out of the elements that we didn’t expect to find.
Or at least that’s what I remember.”