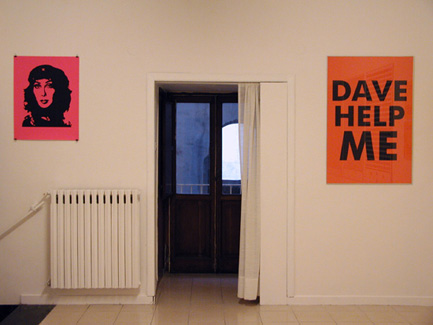 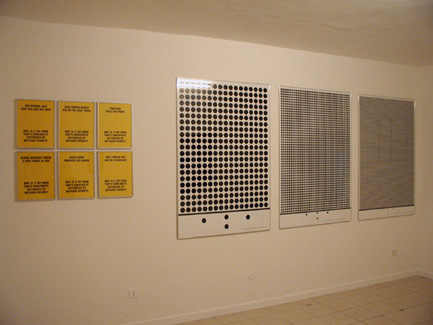 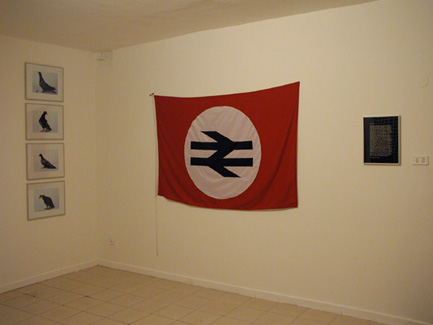 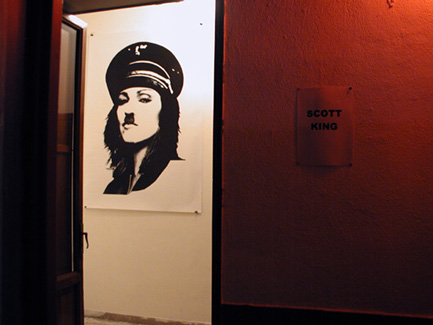 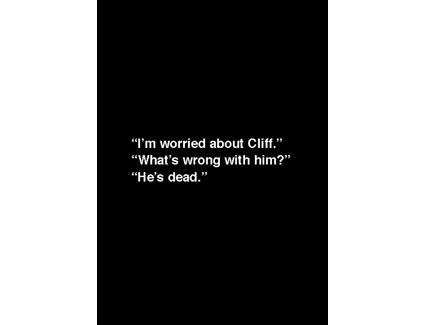 A long trainee in the world of the trendy publishing, but even in the underground movement gives Scott King’s work a strong and effective imprint. King’s images come from the advertising universe, but isolated and enlarged they enter in a archetypal dimension made of signs reproducible by typography. Acting like he’s creating a distorted fanzine, he takes icon figures of the star system and shows the most obscure and ironical part of them. One of the work – expressly made for the exhibition – shows a banal letter from a son to his mother, only if we go beyond the formality of the medium we discover the distressing and cynical message: he has killed the cat, and his girlfriend too. King works with the mystifing sensation that certain well-known images can produce on ourselves and so here we find the portraits of Cher and Madonna with Hitler’s moustaches, as well as the UK Railways logo setted as a swastika flag.

Scott King (Born 1969, Goole Yorkshire, England) lives and works in London and trained as a graphic designer. He worked as art director of i-D and as creative director of Sleazenation magazines. Occasionally he produces work under the banner ‘CRASH!’ with writer and historian Matt Worley. King’s work has been exhibited widely in London, New York and European galleries including the ICA, KW Berlin, Portikus, White Columns, Kunstverein Munich and the Museum of Modern Art, New York.