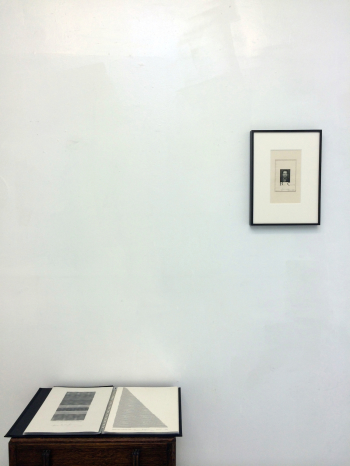 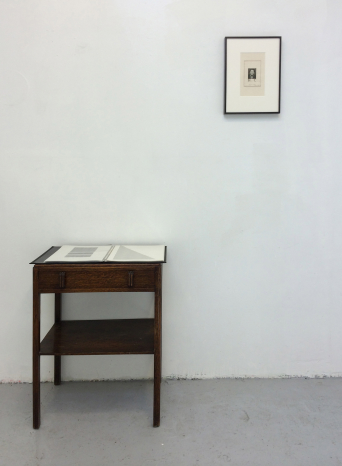 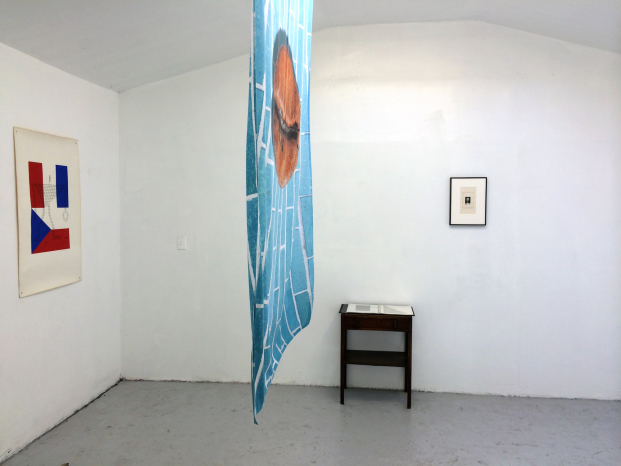 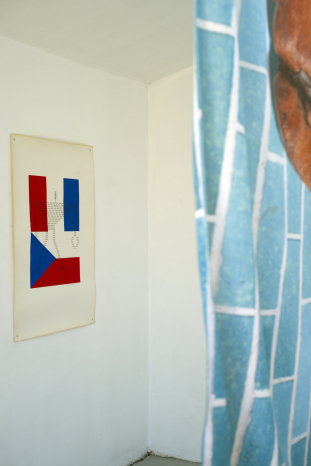 Supportico Lopez is pleased to announce Go and Come Back a group show with works by Julian Beck, Marco Bruzzone, Henri Chopin and J Parker Valentine. The show takes place in Venice, California r Paradise Garage; the two galleries have swapped venues for one month.

Go and Come Back refers to the way we keep people and places close to us on our journey. Supportico Lopez brought the name of a little, chaotic Neapolitan street to Berlin and now to LA. Julian Beck and Henri Chopin have been part of our journey since the beginning and we are happy to present a selection of their production on the occasion of this show. The idea of a cyclical process, with the possibility of going further and coming back, and without deconstructing or deleting the entire process, is central to the work of J Parker Valentine. The photos on the wall are of shadows sculpted on a bathroom floor. They create an uncanny experience always on the edge of nearly becoming something, someone, then again someone else, in a space between memory and imagination.

Marco Bruzzone works in a place between art and life, and during the last four to five years has focused on the politics of food. Food sustains our bodies, but is itself alien; functioning in our memories as a symbol and sustaining memory itself. Perhaps memory is nothing but food, reorganized. On Bruzzone’s flag presented here, a coffee bean seems to levitate in a state of suspension, as though it were hanging on a wall as a curio or relic in a museum, like something that had a meaning somewhere in a different time.

At the age of 18 Julian Beck dropped out of Yale in order to paint and write in his home city of New York. Less than two years later, in 1945, he would earn his first exhibition ever, “Art of this Century,” alongside Rothko, Pollock, Motherwell, Kline and De Kooning, at Peggy Guggenheim’s groundbreaking gallery. He would continue to exhibit at other important venues (MoMA in New York, Pittsburgh International Carnegie Institute, Bernard-Ganymede, and Tibor de Nagy) until 1958. Although inspired by the prominent group of abstract expressionist painters he was associated with, fascination with Beck’s lively paintings derives from his extensively varied techniques and styles. He preserved his “autodidact’s willingness to try anything”; Go and Come Back exhibits a selection of drawings and a painting realized between 1944 and 1952.

Henri Chopin (Paris 1922 Norfolk UK 2008) was an avant-garde artist, poet and musician, widely considered to be a pioneer in the recognition and distribution of sound-poetry. Henri Chopin was a little-known but key figure of the French avant-garde during the second half of the 20th century. Known primarily as a concrete and sound poet, he created a large body of pioneering recordings using early tape recorders, studio technologies and the sounds of the manipulated human voice. His emphasis on sound is a reminder that language stems as much from oral traditions as from classic literature, of the relationship of balance between order and chaos. His personal production — consisting of typewriter-poems and sound performances — is an inspired attempt to open the medium of poetry into a form described by Chopin as ‘a poetry of spaces’: demonstrating ‘the sensory superiority of sound as opposed to normal speech, and […] free man from the straightjacket of words and letters and from his obedience to didactics.’

The little section of the show Greetings from Napoli are “postcards”. The artists of the gallery are sending us as a form of necessary, possible, hidden, continue, poetic, transcendental, accidental, point of connection.