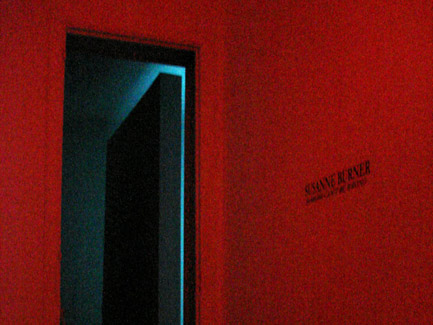 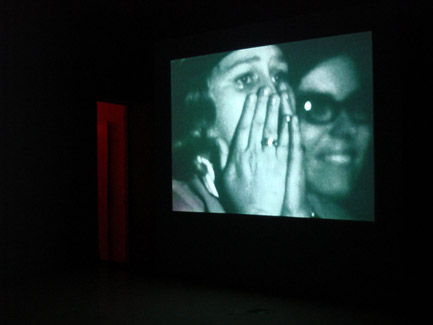 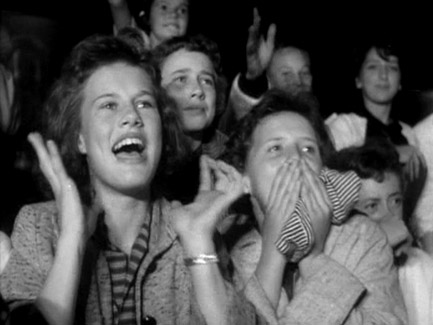 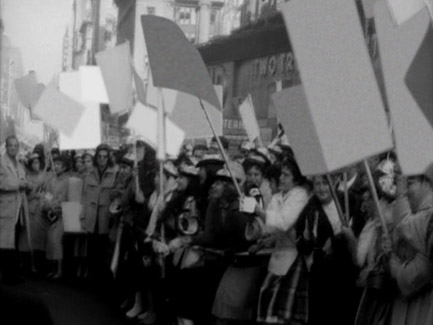 Much of Susanne Bürner’s work is about empty spaces, the spaces outside of the main frame that constitute the unessential part of a video, both for the protagonist and for the spectators and their emotions and experiences. Some of her videos are about groups of people whose attention is focused on something which is outside of themselves and, at the same time, not visible to the spectator. Her earlier video finistère (2005) is about “fans”. Here, the group of spectators is isolated and placed against a neutral background. The attention of the spectator is thus focused on the fans themselves, who are usually an accessory element. Through their facial expressions and gestures, the fans show their high expectations and their identification with the performing star.

At the same time, the spectators of the video have their own expectations, and thus become doubles of the fans. Bürner strives to explore how people define themselves through their reflection in others. The video on display, 50 000 000 CAN’T BE WRONG, also has a group of fans as its subject, but this time places the stress on the relationship between the star and the fans by concentrating on a single superstar. However, the object of their desire is invisible.

At some points the artist digitally erased the traces referring to the star. The signs carried by the fans are blank. The actual subject of the video remains invisible, it can only be perceived through the reaction of the public, and is reflected in the ardent expressions on the faces of fans in images spanning several decades of the last century.

Thanks to Giti Nourbakhsch – Berlin