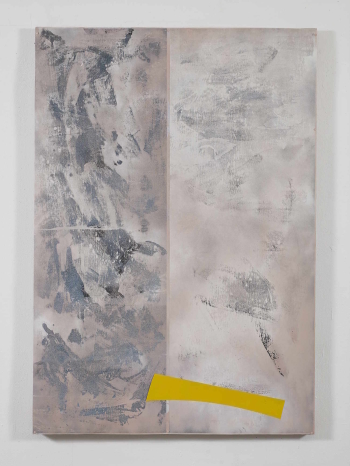 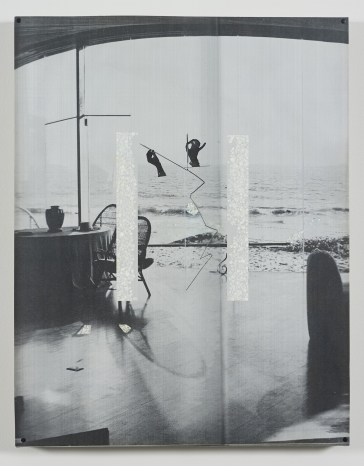 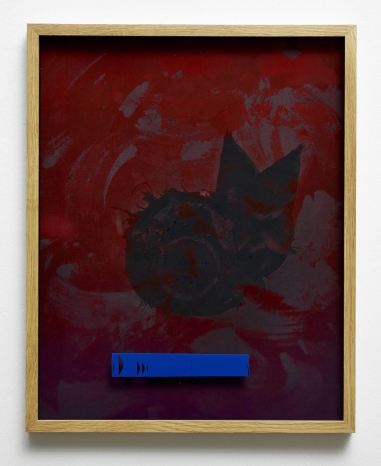 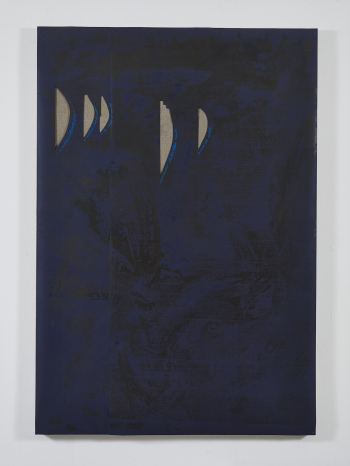 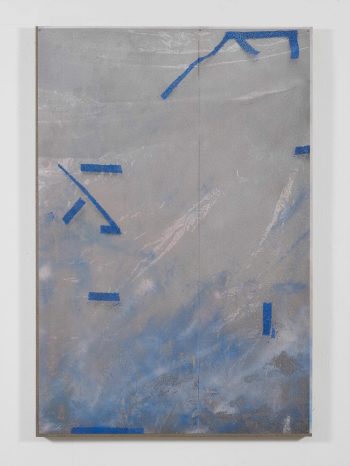 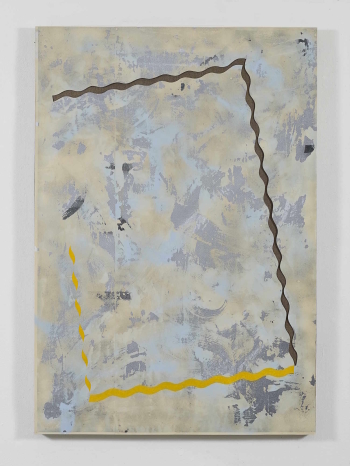 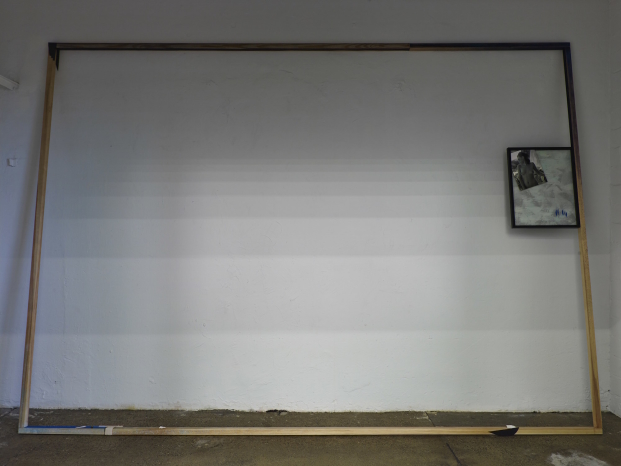 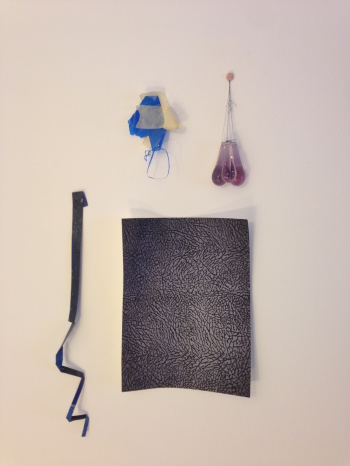 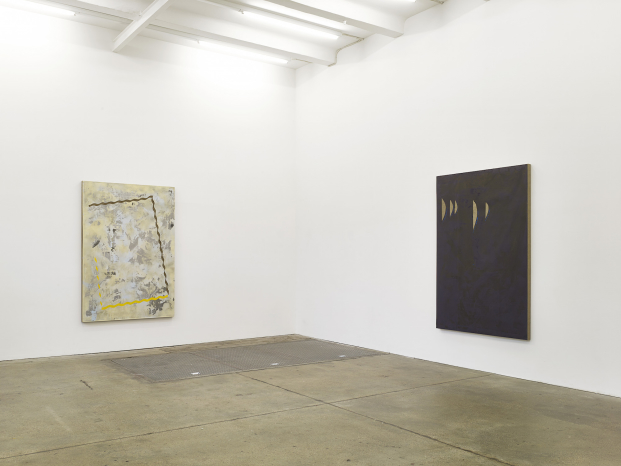 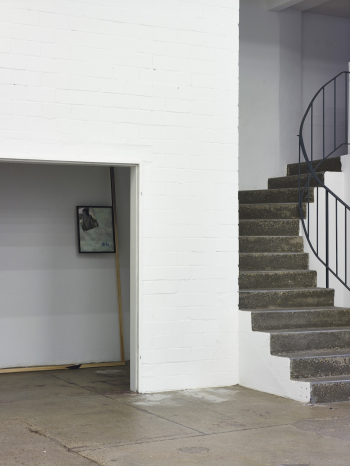 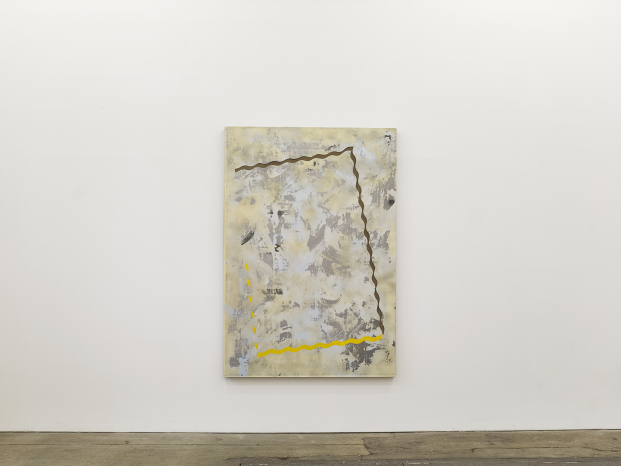 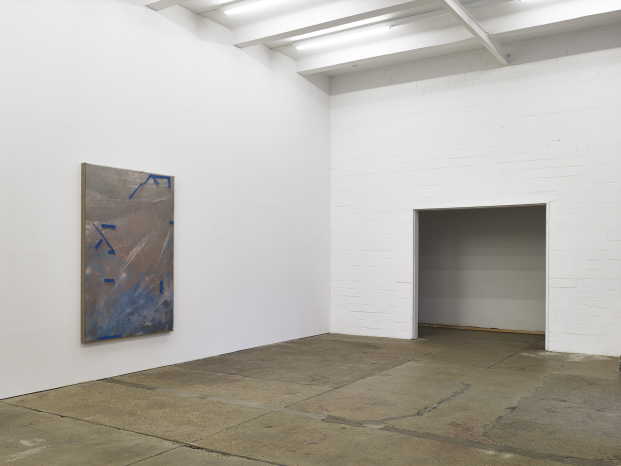 S (where a muted impression slips in)

Raw is the materiality of what can be seen, the canvas is unprepared and stands as a vertical plinth.

The xerox prints in the space are painted with spray paint on the back and oiled on the front in order for the spray paint to break through them.

Break, they take a rest to dry a bit.

Rough colour particles in the air, then  “came the desire to exhibit its nudity”.

The images on the prints stand as backgrounds which enhances the post production work on the paintings, each print is burnt with the same image, a metronomic branding that leads to an hidden loop which has to be broken at one point.

“S” like a broken loop, due to the instability of the xerox prints which breathe according to the hydrometry of the space, they settle in, stretched when the air is dry, they get loose like a felt curtain when it rains outside. An emotional unpredictability.

“S” as if the gaze confined inside the glass tube of a neon which causes its radiant light, finally found the trick to break the loop it was trapped in. Now released the gaze spreads its raw nudity and vanishes in the air, the paintings could be seen as an attempt to catch it back, or at least some traces of it, but how does one catch something as immaterial as a transparent gaze?

After the rest, after the break.

The oiled prints are covered with large brush stroke of poppy oil, these brush stroke are applied blindly as the oil is transparent, this surface is then covered with spray paint to transfer the raw color of the spray can, in some kind of DIY printing process. The surface on which the prints are transferred with pressure, is the plywood panel the painting frame are made of, one can not predict the result of what’s gonna be printed on the wood neither what will be left on the print itself, the only thing of what we are sure of in this process is, the color of the can will be caught in its very materiality such as a neon tube gaze could be. The printed traces on the wood are blanked behind the raw canvas the frame is covered with, the loop is softened …

There is this distance, this very distance beyond which,  one can’t read the details that balance the paintings, one slips into an interstice, an interstice is implied in the constellation of details which balances the paintings. Therefore the whole is forgotten, but the presence of the set remains printed as a negative image in one’s memory, it recalls us in a muffled way, muted like a drone sound as one is snatched by the details.

Break, they take a rest.

The structure of an empty frame lies on the floor, oversized in a little room, covered with the stigmata of the painting’s printing process, a patchwork display of leftover debris out of which emerges a fluttering image that one could grasp. Radiant light dots over the muffled loop, a Chinese ghost in the crowd breaks its flow, where “the language became a series of “blank”, “muffled” tonalities”*, it just floats.